A lot of new manufacturers and cars are about to enter the Indian automotive space, here’s the latest scoop from the past week. 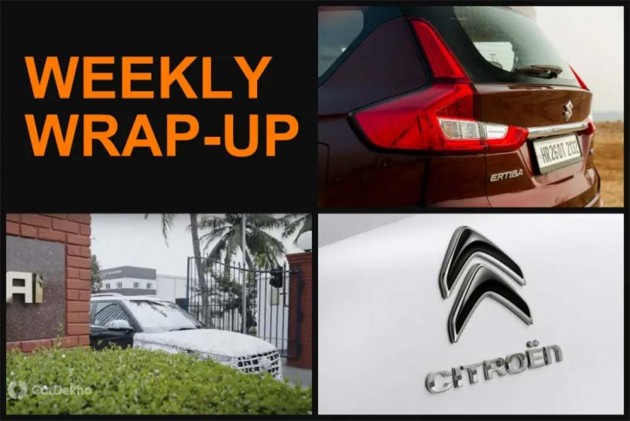 Citroen to mark its arrival in India: At a brand-launch event on 3 April 2019, Citroen is expected to announce its first model for the Indian market. This is the first brand from French automotive conglomerate Groupe PSA to be introduced in India as part of their collaboration with CK Birla Group that was announced in 2017. Find out which SUV model we expect first, here.

Upcoming MG Hector spied undisguised: A brand that is close to launching its debut product in India is MG Motor with the Hector SUV. The official unveil is yet to be made but these latest spy-shots give us a glance at what the production model will look like.

Kia SP2i spied testing again, looks bigger than Creta: More new brand news this past week, also in the form of the latest spy shots - Kia. The sister brand to Hyundai is also ready to enter the market with their made-for-India compact SUV that would rival the Creta. Check out the spy shots here to see what to expect from the SP2i here.

Toyota-Suzuki to build a Marazzo rival: Japan’s automotive giants Suzuki and Toyota are working together to make a new C-segment MPV specifically for the Indian market. The end result, whatever it may be, will be intended to rival the likes of the Mahindra Marazzo. You can read the details here.

Hyundai QXi officially teased: In a slight change from spy shots, we get a look at another upcoming Korean model covered in camouflage. This one is the Hyundai QXi sub-compact SUV which has been teased in a new video from the manufacturer. To find out what are the latest details revealed about the upcoming Maruti Vitara Brezza rival, read here.