This 2019 Ford F-150 comes with loads of exterior and interior licenced H-D goodies! 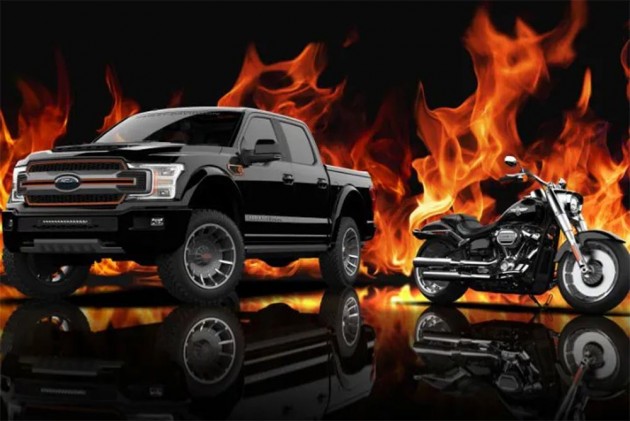 Mostly an American thing, pickup trucks are large, brawny and have loads of road presence. In the world of motorcycles, if there’s one brand that has all these qualities in its products, it definitely has to be Harley-Davidson.

Ever wondered about what would happen if one were to somehow marry these two icons? That’s exactly what Tuscany Motor Company, an US-based speciality truck maker well known for making builds like the Shelby F-150, Shelby F-150 Super Snake and the likes, has done. The brand has collaborated with Ford and has made a unique custom called the 2019 Harley-Davidson F-150. This is, in fact, more of a comeback rather than a completely new initiative as Ford already used to sell the H-D F-150 from 2000 to 2012, tallying around 70,000 units. 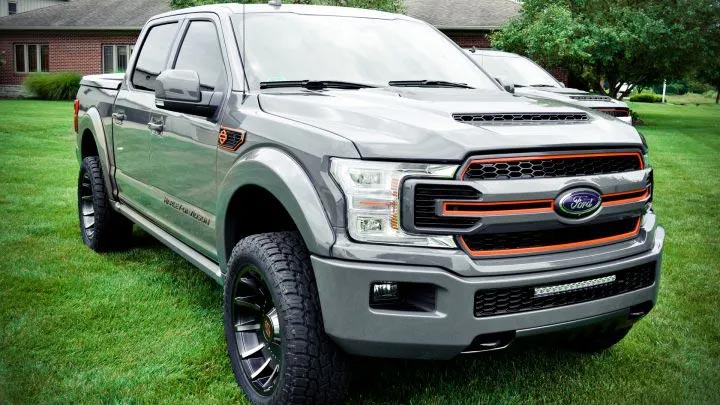 The new truck draws quite a lot of inspiration from Harley’s absolutely macho-looking Fat Boy. We feel it’s the perfect model for a build like this as it was immortalised in Arnie’s Terminator 2! The truck comes with FOX performance suspension, exclusively tuned by the blokes from Harley. 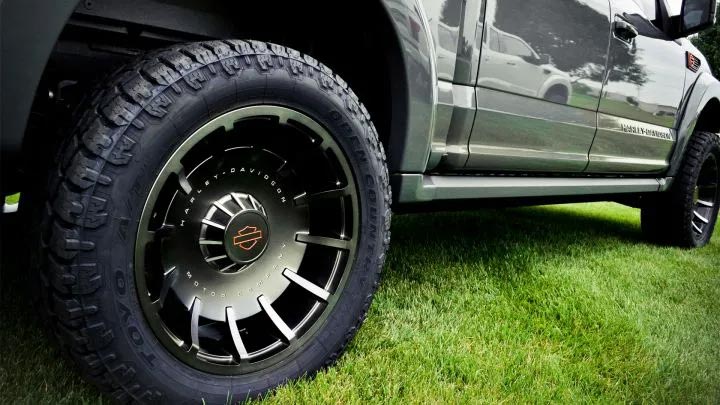 A truck ain’t cool enough without some bling wheels, so the company slapped on milled aluminium “Fat Boy” style wheels which are quite similar to the solid disc Lakester ones on the motorcycle. There’s a custom tuned exhaust too, but we doubt it’d sound like the legendary Screamin’ Eagle exhaust offered in the bikes. Other notable bits include a functional ram-air hood, painted custom fender flares, LED light bar integrated on the front bumper and a suspension lift kit as well. 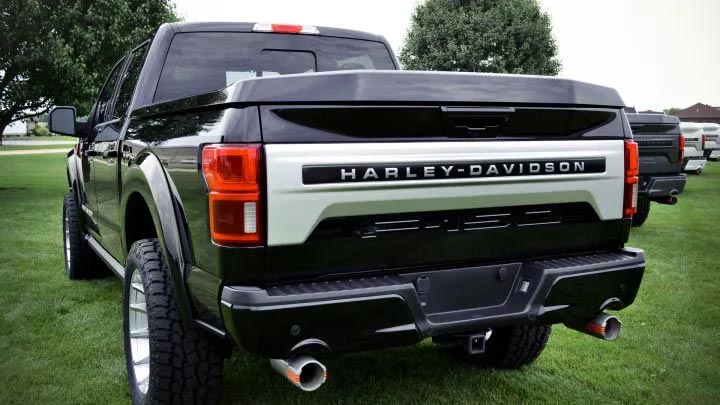