As expected, the India-bound bike comes with telescopic forks instead of the inverted ones seen on the international-spec bike 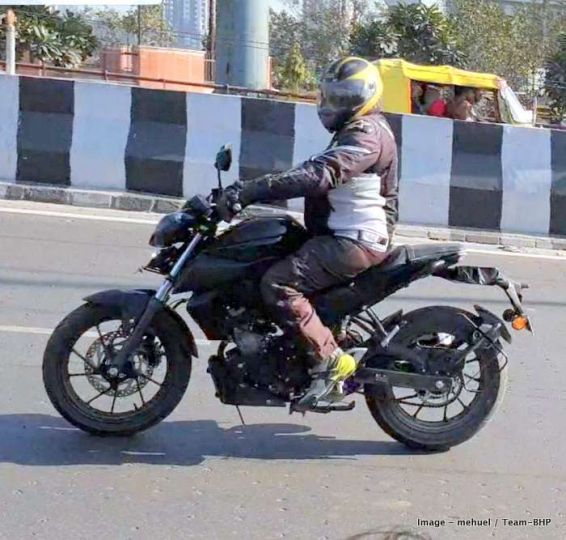 We had earlier reported that Yamaha will be introducing the MT-15 for the Indian market. Now, the motorcycle has been spotted testing for the first time on Indian soil. The number plate is registered in Uttar Pradesh, which is where Yamaha has one of its manufacturing plants.

Going by the spy shots, it’s apparent that Yamaha has done some cost-cutting so that the motorcycle can be priced competitively, presumably below the YZF-R15 v3.0 to make it more alluring. For starters, the brand has equipped the India-bound MT-15 with conventional telescopic forks instead of the USDs on the Thai-spec bike. Another major change is the inclusion of a box-section swingarm instead of the aluminium one as seen on the India-spec R15. Though these two changes should result in a considerable price reduction, we just hope they don’t affect the dynamics of the motorcycle. Even the alloy wheels appear to have been taken from the YZF-R15 version 3.0. 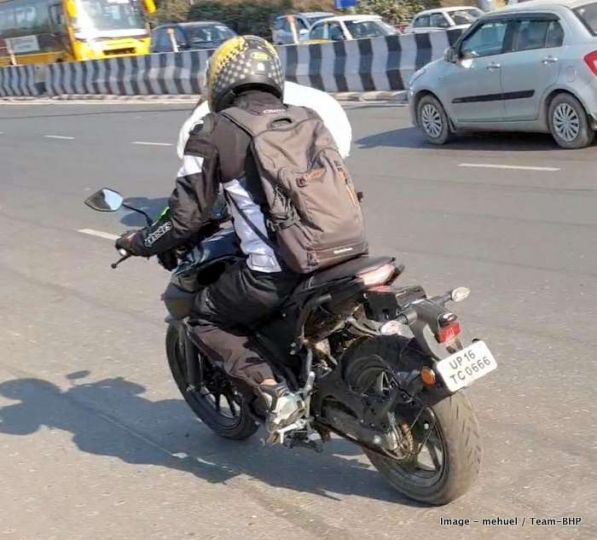 What’s not changed are the bodywork and the single-piece seat. The silhouette of the headlamp also appears to be the same as the Thai-spec model. We expect the Yamaha MT-15 to sport the R15 v3.0’s engine with the same tune. The faired motorcycle makes 19.3PS at 10,000rpm and 14.7Nm at 8500rpm from the 155cc VVA-equipped single-cylinder liquid-cooled motor. It is paired with a 6-speed transmission with assist and slipper clutch. Brakes on the test mule include discs on both ends and should feature dual-channel ABS as well, a la the R15 v3.0.

Expect Yamaha to launch the MT-15 in mid-2019, with a price tag likely around Rs 1.2 lakh-1.3 lakh (ex-showroom). When launched, it would be the only 150cc naked motorcycle with a liquid-cooled engine. If our guesstimated price becomes a reality, it would lock horns with the KTM 125 Duke, which costs Rs 1.18 lakh, ex-showroom, Delhi.