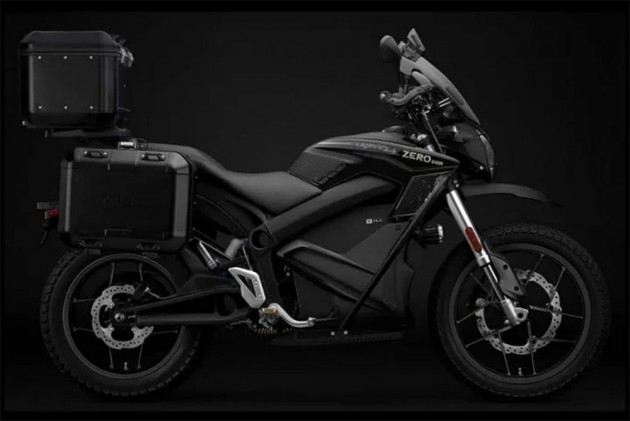 One of the most intriguing prospects in the two-wheeled mobility space at the moment is the American manufacturer Zero Motorcycles. It specialises in electric motorcycles, and its naked streetfighter, the SR/F, has been well received in both America and Europe. Its DS range of bikes is designed to be more off-road capable, and this lineup has now grown to include the newly launched DSR Black Forest.

Adventure biking is a segment that is gaining popularity at the moment, and Zero is looking to cash in on this with the Black Forest. But wait, aren’t adventure bikes supposed to have a long range? And isn’t the Zero an electric? Your skepticism isn’t baseless, so let’s dive in and see how things stack up.

The Black Forest, when fitted with the additional ‘Power Tank’, has a maximum battery capacity of 18kWh (14.4kWh without the Power Tank), which gives it a claimed combined range (50 per cent highway + 50 per cent city riding) of 212km. While this is certainly lower than the range of a comparable petrol-powered bike, it certainly isn’t catastrophically low, and should not give you range anxiety. If you do happen to run out of juice and need to quickly get going once again, Zero’s accessory fast chargers will allow you to charge up to 95 per cent in just 2.8hrs, which is super quick for a battery this large.

Interestingly, the city range of the Black Forest is 315km, which is slightly lower than the DSR’s city range of 322km, due to the added weight from the luggage. On the highway, however, the Black Forest has a range of 177km compared to the DSR’s 156km, thanks to its large windscreen that makes it more aerodynamically efficient. All these figures are with the Power Tank installed on both bikes. 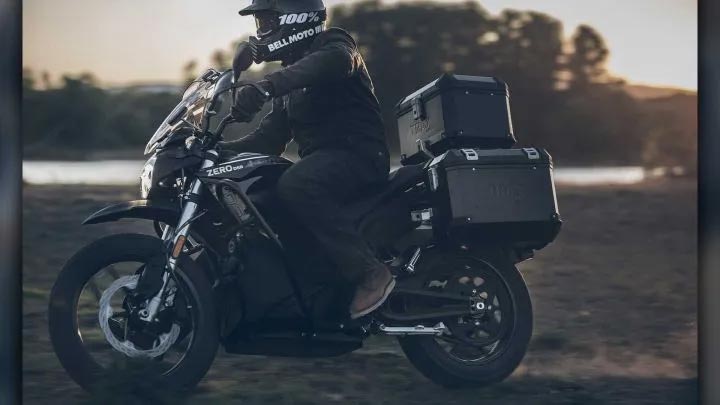 It also has the grunt required to be an adventure motorcycle — the Z-Force 75-7R electric motor used on the Black Forest puts out 71PS @ 3500rpm and a very healthy 157Nm of torque. This takes the motorcycle to a claimed top speed of 164kmph. The sheer mass of battery packs often makes EVs heavier than their ICE counterparts, but Zero has done an excellent job here, restricting the kerb weight to just 222kg (241kg with the Power Tank installed).

The Black Forest is also kitted out with a bunch of adventure-oriented goodies that the standard DSR doesn’t get. These include Givi hard panniers and a top box, a large windscreen, a touring seat, modified handlebars, crash protection, off-road footpegs auxiliary LED lights and a headlight grille. So, it certainly has the equipment and luggage-carrying capacity required to be an adventure bike. 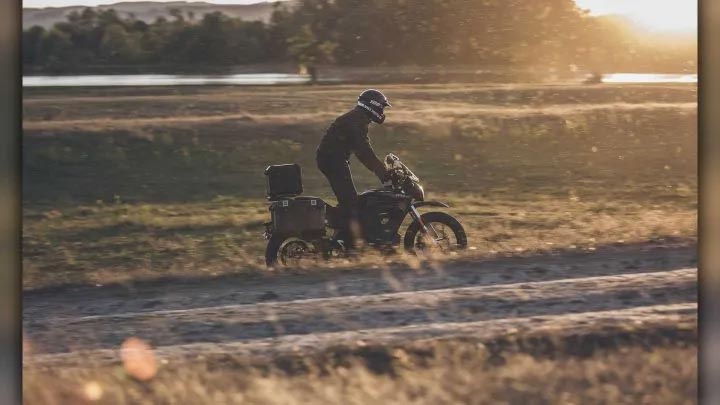 What makes this information particularly fascinating is the fact that Zero is working on a fully faired version of its SF/R naked streetfighter. We will bring you more on this soon.

Unfortunately, despite this stellar effort by Zero, the Black Forest is unlikely to draw serious adventure tourers away from petrol-powered motorcycles. This is mostly due to its range handicap, which will only get worse once the bike is loaded up with luggage. That being said, battery technology is improving at a rapid pace and legislation is also pushing us to swiftly move to electric mobility. The Black Forest is a step in the right direction by Zero, and further progress can be expected soon.