It's tough to slot him in the pantheon of Malayalam movie stars. But the hulking figure of Captain Raju, always likeable, added an indispensable value to his films. 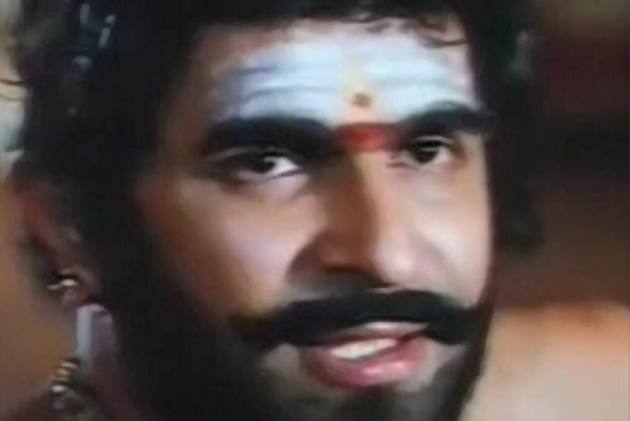 “Are you related to Captain Raju?” Somebody asked me once.

I couldn’t make out if it was my hairstyle or height or something else. I might have borne a passing resemblance to the actor from some angle, I had thought to myself. To be compared with a handsome and towering man like Captain Raju, I only took it as an honour.

Captain Raju, 68, passed away on Sunday after a prolonged hospitalisation following the stroke he suffered mid-air en-route to the United States this June. Despite a brief cameo (playing himself) in the 2017 Mammootty-starrer Masterpiece, he has been inactive in movies since 2015. A veteran of 500-plus films, he worked in all the South-Indian languages in the eighties and played some memorable roles in Malayalam as villain and a character actor.

Breaking into the Malayalam film industry as a gangly six-footer in the early 1980s, Captain fancied his chances in the tinsel world. Even before he made his break in Malayalam movies, he had faced the arc lights in a (unreleased) Hindi movie along with Tariq (Yaadom Ki Baraat fame) in 1980 as the supporting hero. However, it was as a villain that Captain made his presence felt in his initial years in Malayalam.

Making his debut with Joshy’s multi-starrer Raktham (1981), co-actor Madhu was greatly impressed with what he saw in the young man. Madhu cast him as the hero in his first home production (Rathilayam-1983). It was a movie with A-listers of that era including Soman, Rajkumar, Shanavas and Menaka with Captain Raju playing the hero and Silk Smitha as his heroine. The film would later inspire many B-grade spin-offs with Raju himself playing the lead in such low-budget masala films towards the late eighties.

But Captain Raju carved his niche as a popular villain in A-list movies well before that phase. He was a regular fixture in the IV Sasi movies of the eighties and played a leading role in the mega-hit Athirathram (1984)—a role that was originally written for Ratheesh. It was probably the villain character in the 1986 megahit Aavanazhy opposite Mammooty’s Inspector Balram that stood out in this phase.

If there was any character that really defined him, it was the nameless anti-hero in the 1988 sleeper hit August 1?—loosely based on “The Day of the Jackal” (1973). As a contract killer hired to bump off the Kerala Chief Minister, he played a full-length role of a poker-faced determined assassin engaged in a cat and mouse game with the hero played by Mammootty. Looking back at that film, no other actor in the Malayalam film industry could have convincingly played the part of ‘The Jackal’. And that was probably the most remarkable thing about his memorable characters. You would struggle to replace him with someone else.

However, it was his brief role as the comical assassin Pavanayi in Nadodikkattu (1987) that he became a household name in Malayalam movies. The famous dialogue from the film—“Pavanayi Shavamayi”—is still popular among people of all age groups. His turn as Aringodar Chekavar in Oru Vadakkan Veeragatha (1989), based on the Northern ballads displayed his range as an actor. Despite being often typecast as a villain or a police inspector, he could emote well whenever he came across a meaty part.

Even in cameo appearances, Captain Raju had in him to make his presence felt with his screen presence, baritone and charisma. Apart from playing the powerful antagonist in Mammooty-starrer blockbuster Samrajyam in 1990, Captain Raju played many stylish characters in films in the early nineties like Vyooham, Chakravarthy, Mahaan and Kavacham.

In Sangeeth Sivan’s debut film Vyooham (1990), loosely based on Lethal Weapon (1987), Captain Raju held himself against the likes of Raghuvaran and Babu Antony. In the 1993 mass entertainer Uppukandam Brothers, he played the eldest of the brothers and it was a role very well received by the audience. The following year, he played a very powerful character role in Kabuliwala, which was appreciated. His characters in films like Thakshashila (1995) didn’t receive acclaim as the film tanked.

In 1997, Captain Raju turned producer-director and made Itha oru Snehagandha on the theme of inter-religious love. It starred a then struggling Vikram in the lead along with Laila and Captain himself playing a pivotal character as a priest. The film bombed at the box office and was dubbed and released in Tamil five years later after Vikram tasted success in Kollywood. In the same year, Captain Raju reprised the role of a priest in Jeasy’s Sangeerthanam Pole.

His career was on the wane from the beginning of the new millennium as he got relegated to playing smaller roles with lesser screen time. Still, he made the most of it and left an imprint even in films that had him playing older characters. Mammootty, against whom he played the villain in the eighties was now being cast as his son in films like Nazrani (2007). His character as Detective Karamchand (Karunan Chandakavala) in the slapstick CID Moosa (2003) also got appreciated.

A road accident in Trissur while travelling to the location for Vinayan’s War and Love (2003) left him with a brain injury and physical ailments that kept bothering him now and again. The fighter that he was, he kept it at bay to act in many more films to come.

In 2012, Captain Raju decided to tap into the popularity of his character Pavanayi by directing a film titled Pavanai 99.99—starring himself in the title role. Unfortunately for him, the film remains in the cans till date despite completion of shooting and post-production work.

Away from films, Raju is regarded as a thorough gentleman, humanist and a loyal friend. He had deep faith in astrology and once declined a chance to enter politics as the Congress candidate from Pathanamthitta despite the insistence of ‘Leader’ K Karunakaran.

Born in a middle-class Orthodox Christian family to a teacher couple, he and his six siblings were brought up very strictly. His only source of entertainment those days used to be watching movies with his best friend Rajendra Prasad in the Solitary cinema hall in their town. Perhaps, it was all those movies that he watched as a kid that ultimately kindled the dream of acting in movies. After rising quickly to the rank of a Captain in the Indian army, Raju took early retirement before trying his shot at films.

It would be tough to slot him in the pantheon of Malayalam movie stars. But suffice to say, he was indispensable to many films and more integral to them than the actors playing the lead. And that was perhaps the most remarkable attribute of the actor in Captain Raju.