Swami Paramhans Das was detained by the police after he went on a hunger strike demanding construction of a Ram Temple in Ayodhya. 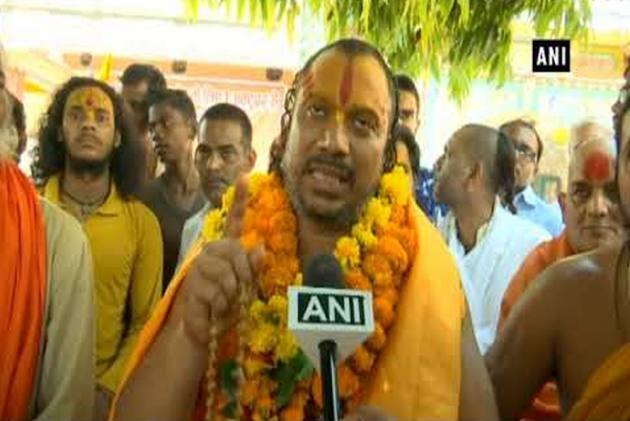 A saint, Swami Paramhans Das is on an indefinite hunger strike since the last seven days. The Mahant of Ayodhya’s Tapaswi Chhawni has demanded the construction of Ram Temple in Ayodhya, but was detained late at night by the police on Sunday.

The police have reportedly taken him to a hospital. The incident occurred hours after Uttar Pradesh cabinet minister Satish Mahana met the Mahant.

After meeting the saint, minister Mahana said, "I humbly requested Mahant Paramhans to break his fast. I have come here as an emissary of the chief minister. If he wishes to meet the chief minister I will discuss it with him and will try to facilitate it tomorrow if required."

Sharing details of this meeting with the UP minister, Mahant Paramhans said, "Minister Satish Mahana requested me to break the hunger strike. He told me that he will arrange a video-conferencing with UP Chief Minister Yogi Adityanath. I want to request Prime Minister Modi to facilitate construction of Ram Temple through the same route which was taken for construction of Somnath temple."