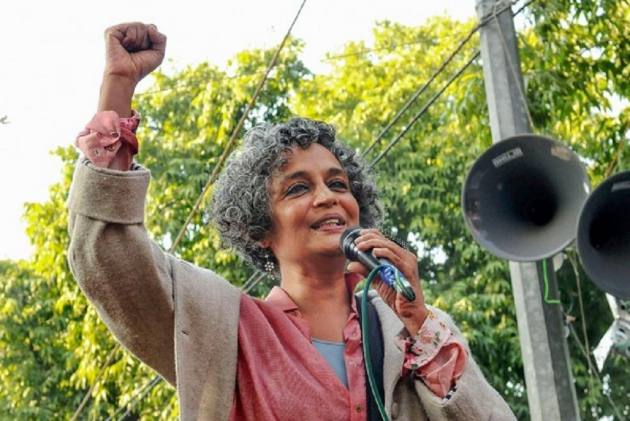 Azadi, which has remained the primary slogan of the protests in the Kashmir valley, is now a Pan-India anthem against oppression. Azadi has its space everywhere, from the protest against the Citizenship Amendment Act (CAA), protest in Jawaharlal Nehru University, or a famous Bollywood song with the same name. In her new book, Azadi – Freedom, Fascism, Fiction, Arundhati Roy tends to reflect upon the meaning of Azadi. What does it mean?

Roy’s career forms the foundation of the book, as her career has been extraordinary. Engulfed in criticisms and controversies, Roy has written both fiction and political essays, primarily dissent. The first book by Roy, the God of Small Things, won her the Man booker prize in 1997 and stirred up the raging debate on obscenity. It was a description of a sexual encounter between Syrian Christian, Ammu and an untouchable, Velutha in her novel, which resulted in the slammed cases of obscenity against Roy. However, it is not just these cases that have kept Roy in controversies, but rather her activism which includes solidarity to the Kashmir Valley protests, questioning the hanging of Afzal Guru, or castigation of Prime Minister Narendra Modi for the communal riots of Gujarat.  But, what does Azadi deliver? Is it fiction, a political essay, or an act of activism?

Azadi is spread across nine essays; some of them are delivered lectures, and the rest already published opinion pieces of Roy in different magazines and newspapers. The first essay adopts Pablo Neruda’s question – ‘In what language does rain fall over the tormented cities?’ The first essay of Roy echoes from the history of India, while her last essay, The Pandemic is a Portal, is about the ongoing scourge of the novel Coronavirus. 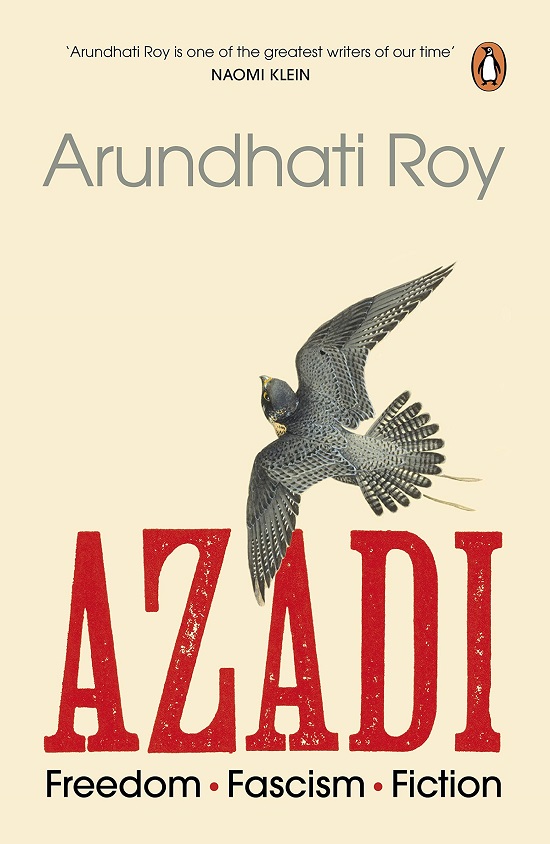 Once she finds herself seated between a vice-chancellor and a poetry professor in a college lecture hall, Roy recalls this incident. Seated on the left of Roy, the vice-chancellor whispered to her to continue political essay and not spend too much time on fiction. However, on the contrary, seated on the right, the professor of poetry asked, “When will you get back to writing fiction?”

This incident is essential, as it carves Roy’s image as an author of fiction and a political commentator. Roy explains that fiction is a slow-cooked language that gave her freedom, but dissenting essays are desperate responses to political changes. The first essay of Azadi seems to be something between fiction and political commentary. It attacks the notion of – one nation, one religion, and one language. It whittles the story of Anjum, who was assaulted in the Gujarat riot. Simultaneously, it questions the legitimacy of bottling down India from pluralism to a singular unit, of a language, or religion. Perhaps, ONE. Is this the identity of India? Roy questions. This essay instills the idea of questioning the aggressive nature of circumscribing the freedom to choose and speak in a majoritarian state. As Roy puts it, Azadi is about - Kashmir, freedom to criticize, freedom to move, and the right to live.

Apart from the essays,  In what language does Rain Fall over the tormented cities?, and The Graveyard Talks back,   the book loses its touch of fiction and fails to bring out something new, not impelling the readers to think beyond daily criticism of the majoritarian government. Few essays like Election Season in a Dangerous Democracy and There is Fire in the Ducts, the System is Failing, are mere opinionated fact telling. At some point in time, it seems like a collection of news headlines from the past few years, forwarded rhetorically. The rhetoric talks, in only what and who; it fails to answer why. Why has the politics of nationalism unfolded in India? Why is there a rise in the occurrence of mob lynching against minorities? Why is Narendra Modi considered as the ‘Hindu Hridya – Samrat’ by the Hindutva nationalists (as Roy describes him)? And most importantly, why is there an urgent need for this book?

In one essay, Intimation of an Ending, Roy tries to link climate urgency with the annexation of Kashmir and the National Register for Citizens (NRC). According to her, India’s response to climate urgency is annexure of Kashmir to secure rivers that run along the valley and NRC to create graded rights of citizens, which will help the government when the resources run dry. This link of climate urgency with that of Kashmir and NRC is far-fetched and is quite a paradox. In the last essay, The Pandemic is a Portal, Roy blames the government for not foreseeing the impact of the novel Coronavirus and jeopardizing the lives of millions, which is a valid criticism. However, it is then a paradox to consider that the government is considering climate urgency to create graded citizenship and annexation.

Unlike The God of Small Things, Azadi is not an exceptional contribution. Leaving a few essays, it is an iteration of already present facts. Perhaps on the bits of advice given by the vice-chancellor and the professor of poetry, Roy must not listen to either of them and instead focus on fiction and political essays, just like the first one - In what language does rain fall over the tormented cities?

The author is a law student based in Jabalpur. He can be reached at @shaileshwar21