The court refused to heed LK Advani’s counsel’s request to put off the hearing by four weeks. 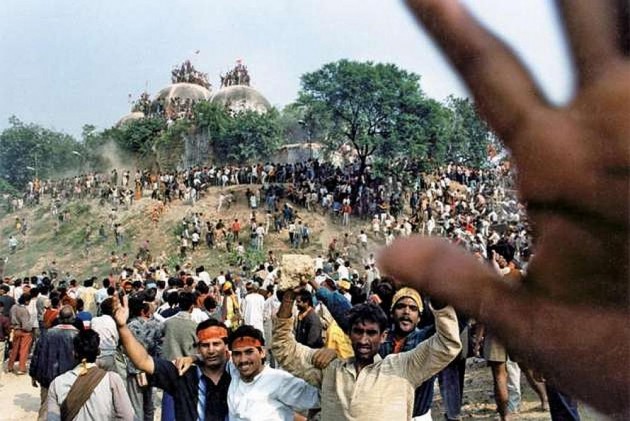 The Supreme Court has adjourned for tomorrow a CBI appeal challenging a trial court’s decision to drop conspiracy charges against 13 BJP leaders, including LK Advani, in the Babri mosque demolition case.

The court refused to heed LK Advani’s counsel’s request to put off the hearing by four weeks.

Justice PC Ghose said the matter would be heard on Thursday because justice RF Nariman, who was with him during the last hearing of the case, was not part of the bench on Wednesday, reported Hindustan Times.

Altogether, 13 persons including Advani, MM Joshi and Uma Bharti were discharged of conspiracy charge in the case, the trial of which is being held at a special court in Raebareli.

The second set of case was against unknown 'karsevaks' who were in and around the disputed structure and the trial was being held at a court in Lucknow.

The appeals were filed by one Haji Mahboob Ahmad (since dead) and the CBI against dropping of conspiracy charges against BJP leaders Advani, Joshi and 19 others for demolition of the disputed medieval structure on December 6, 1992.

During the hearing, the bench also said that supplementary charge sheet was filed against eight persons but not against the 13 who were discharged.

In the appeal, it has been sought to set aside the Allahabad High Court's order of May 20, 2010, which had dropped section 120B (criminal conspiracy) under the IPC while upholding a special court's decision.

In September 2015, the CBI had told the apex court that its decision-making was not influenced by anyone and the dropping of criminal conspiracy charge against senior BJP leaders in the case was not at its instance.

The agency had said its decision-making process was carried out strictly in accordance with the provisions of CBI Crime Manual and there was a "hierarchic" mechanism that allowed officers at each level to take decisions and make reasoned recommendations in an independent manner.

The May 2010 order of the High Court had said there was no merit in CBI's revision petition against the May 4, 2001 order of the special court which had directed dropping of criminal conspiracy charge against them.

CBI had chargesheeted Advani and 20 others under sections 153A (promoting enmity between classes), 153B (imputations, assertions prejudicial to national integration) and 505 (false statements, rumours etc circulated with the intent to cause mutiny or disturb public peace) of the IPC.

It had subsequently invoked charges under section 120B (criminal conspiracy) of IPC which was quashed by the special court whose decision was upheld by the high court.

While upholding the special court's order, the high court had said CBI at no point of time, either during the trial at Rae Bareily or in its revision petition, had ever stated that there was offence of criminal conspiracy against the leaders.