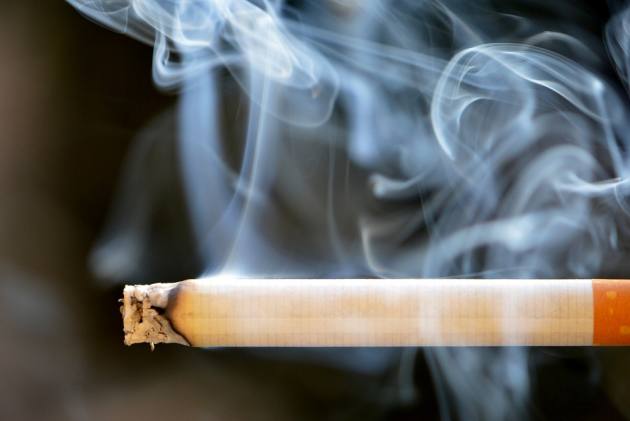 The findings, based on the analysis of the impact of the 2015 tobacco display ban in England, revealed that the percentage of children who smoked regularly fell to 40 per cent by 2016, from 57 per cent before.

"The research shows that removing displays made tobacco less visible to children, and that fewer of them bought cigarettes there. This research provides evidence that the introduction of display bans will be an effective measure against children smoking -- and could help save them from starting a deadly habit," said Anthony Laverty, lead author of the research from the School of Public Health at Imperial.

The study published in the journal Tobacco Control, assessed survey responses from 18,000 11-15 year olds from across England between 2010 and 2016.

Among the children who smoked, the most common source of cigarettes was from friends, followed by shops. This remain unchanged between 2010-2016.

Interestingly, there was no increase in children reporting they had purchased cigarettes from illegal sources. The proportion of children who said they had bought cigarettes from street markets remained steady at under 10 per cent between 2010 and 2016.

Other reasons that may have helped reduce smoking rates, could be such as the ban on cigarette vending machines and higher taxes, Laverty said.

However, the researchers found that more than two in three child smokers had not been refused cigarettes when they last attempted to buy them -- a figure that remained unchanged between 2010-2016.

Furthermore, the majority of child smokers said it was easy to buy cigarettes in shops. This rose slightly from 61 per cent in 2010 to 65 per cent in 2016.

While the results are encouraging, more work is needed to ensure effective tobacco control, the researchers said adding that it is still too easy for children to purchase cigarettes in shops.

Besides enforcement, government cuts as well as a licensing system for tobacco retailers -- similar to that seen for alcohol -- needs to be introduced, the researchers suggested.