Battleground Maldives: The Key To Indo-Chinese Strategic Control Over The Indian Ocean

The Maldives has witnessed a ding-dong battle for influence between India and China. For now, India is in the driver’s seat but that could change if the ruling party is ousted in the Presidential elections next year. 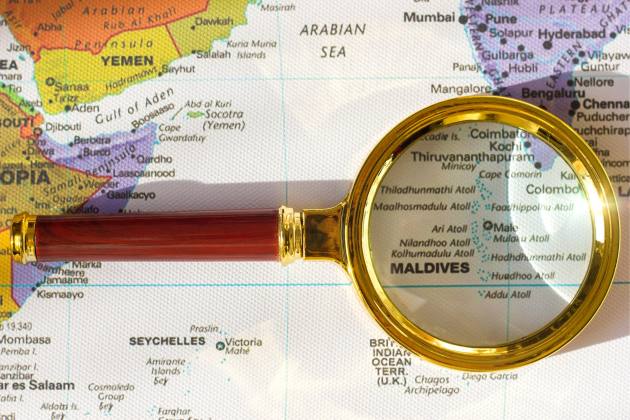 China’s Foreign Minister Wang Yi has begun the New Year with a visit to five littoral states in the Indian Ocean, including India’s neighbours the Maldives and Sri Lanka. Both India and China are competing for influence in the Indian Ocean, and the Foreign Minister’s visit is aimed at ramping up Beijing’s security and economic stakes in the region.

The first leg of the tour will be to Eritrea, Kenya, and Comoros from January 4 to 7, after which he will be in the Maldives and Sri Lanka. Ever since China had begun to woo African nations, it has become a tradition for Chinese leaders to make Africa the first stop at the beginning of the year.

But of much more interest to New Delhi would be Wang Yi’s trip to Male, where the "India Out" campaign is gaining ground. More so, after the former pro-Beijing President Abdulla Yameen was cleared of all corruption charges on November 30 and is now a free man. Yameen sees New Delhi as a close friend of the ruling Maldivian Democratic Party (MDP). President Ibrahim Mohamed Solih, like the former President Muhammed Nasheed is regarded as pro-India. Nasheed and many of his MDP colleagues are critical of China’s land grab in the island nation.

The Maldives is vital to India’s maritime security and New Delhi had traditionally strong ties with its former strong man President Maumoon Abdul Gayoom. In the past, China had not paid much attention to the Maldives. It was only in November 2011 that China opened its embassy on the island. But diplomatic ties were established in 1972. In fact, foreign minister Wang’s visit is to mark 50-years of establishing diplomatic ties between the two countries. The Maldives has had an embassy in Beijing since 2009.

But as China’s stature in the world has risen, it has begun to show a greater interest in the Maldives and the larger Indian Ocean region. China’s s navy has in the last decade become more visible in waters around India -- guarding its commercial interests in the Indian Ocean. In August 2017, three Chinese warships were anchored in Male. In December of the same year, Maldives then ruled by Yameen signed a free trade agreement with China, the first FTA for Male.

China with its chequebook diplomacy has had a good run in the Maldives and during Abdullah Yameen’s tenure had ousted India from its perch in the island nation. Yameen a dictatorial ruler, arrested and threw many of the leading political figures in prison, including the chief justice of the country. Condemned by India and the Western democracies for his action, Yameen turned more and more to China for support. Beijing was more than glad to reciprocate the President’s warmth and took charge of several major infrastructure projects. Luckily for India, in the 2018 Presidential elections, Yameen suffered a shock defeat. With Yameen out, New Delhi regained much of its former influence.

However, India cannot be complacent, considering there is a section in the island, which is virulently anti-India. The Maldives is a Sunni Islamic nation, and its religious leaders are influenced by radical ideology. In fact, it has the dubious distinction of having the largest number of young men leaving the island to join Al Qaeda and ISIS during the heyday of these two extremist outfits. Radical Islam plays an important part in the island’s politics and the India Out movement, started initially on social media will be further fueled by both Yameen as well as religious zealots who gravitate towards the former president.

It will be interesting to see what Wang Yi has to offer the Maldives in this visit. The ruling party has been critical of China in the past. But like every other South Asian nation, the Maldives is also desperate for funds. It is difficult for leaders to turn down offers. Most small countries aware of the rivalry between Asia’s two major powers adroitly play the China or India card when it suits them and benefits from both. Nobody can fault them for looking after their own national interest. Nepal does it all the time. So does Sri Lanka. Bangladesh one of India’s closest friends in the neighbourhood also does not turn down Chinese funded projects. But with India and China so much a part of the political rhetoric in the island, it is unlikely that the MDP will go against Indian interests.

Wang will hold official talks with his Maldivian counterpart and also pay a courtesy call on President Solih. Presidential elections in the Maldives are scheduled for early next year. India’s future ties with the Maldives will depend on who wins the elections. It has been a ding-dong battle between India and China for influence in the Maldives. It is unlikely that this will change in the near future.