Gahela, 21, is a champion archer herself, having won the gold in the 2015 National Games in Kerala. But today, she can barely pick up the bow -- her fingers are decaying, the toes on her feet wasting away 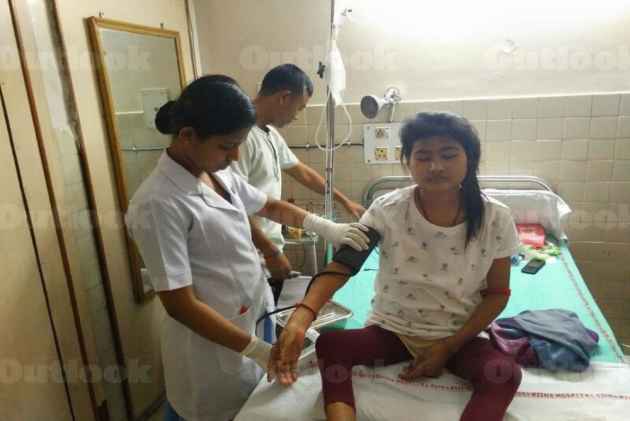 Every afternoon, Gahela Boro walks up gingerly to the playground near her home in Assam’s Kokrajhar district to watch young boys and girls train with their bows and arrows.

Gahela, 21, is a champion archer herself, having won the gold in the 2015 National Games in Kerala. But today, she can barely pick up the bow -- her fingers are decaying, the toes on her feet wasting away. For the past two years, Gahela is battling an autoimmune disease, Systemic Lupus Erythematosus and other disorders that have threatened to cut short a promising career. 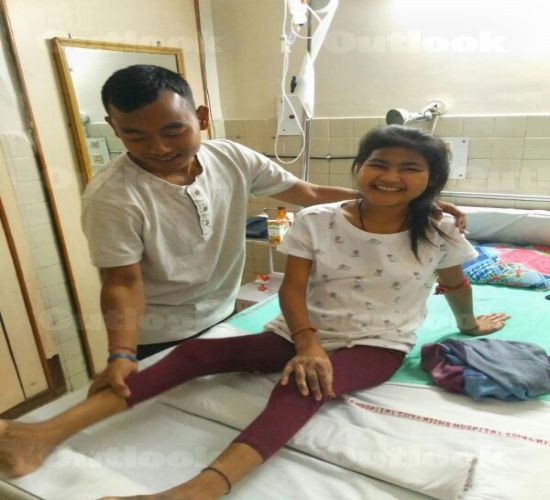 But Gahela is raring to get back to training and competitive archery and the news of Hima Das’s gold-medal winning run at the Under-19 World Athletic Meet has only firmed her determination.

“I’m so glad to hear the news of Hima Das. I have seen it in television news. It also makes me restless to go out to the field and start playing again but the medicines which I’m taking, are very powerful and it makes me feel very weak,” an emotional Gahela told Outlook over phone from her mud-walled residence in Amguri village, abou 220 kms from Guwahati

“Sometimes they (the medicines) make me drowsy. I don’t know when I will be able to shoot arrows again,” she added.

It has been a tough battle for Gahela, whose mother sells vegetables and father is a farmer, but financial constraints is the least of them. When her ailments were first diagnosed, her parents were distraught.  “She was suffering…(but) we did not know what to do…then some (people) came forward to help her,” her father said in an interview to the Voice of Greater Assam, an online English news portal.

A local club named Discovery launched a project to help Gahela through crowd-funding; later another voluntary organisation, The People’s Aid, joined the mission.

Morin Doimary, the secretary of People’s Aid, told Outlook that an initial fund-raising effort in Kokrajhar generated around Rs two lakh while a subsequent online effort led to collection of over Rs. four lakh.

“We could help Gahela in the first stages her treatment…after that, the (sports) ministry has provided the funds including the entire cost of her treatment at AIIMS,” he said.

It was because of the prompt help of The People’s Aid and other local organisations that Gahela was shifted to the Kokrajhar government hospital and then the All India Medical Sciences (AIIMS) in Delhi in April 2017.

“I’m thankful that the sports ministry has helped me. In January I got Rs 2 lakh,” she said.

On July 9, Union minister of state youth affairs and sports, Rajyavardhan Rathore, also sanctioned financial assistance of Rs 5 lakh for her treatment though she is yet to get the funds.

Daimary, however, said that unless Gahela has a steady source of income, looking for funds from elsewhere all the time may not be possible. “A job for her will help,” he said.

At present, her medicine costs around Rs 16,000 a month. Besides, she also has to keep on visiting AIIMS regularly for follow-up treatment. She is next scheduled to visit New Delhi on July 24.

Gahela has won more than 29 medals at the national level in her career which started in 2008 under the Sports Authority of India (SAI). In the 35th National Games, Boro won the gold in the women’s team event besides a bronze medal with Mizzing Basumatary in the mixed team event.

“I cannot imagine life without archery. It’s something I have been passionate about since I was 12. I don’t want my disability to hold me back. I want to represent India at the international level and win a medal to honour all the people who have helped me so far,” Gahela said in an earlier interview to The Better India.

“There is this field near our home which is around 500 metre away. So, I walk up to the field every afternoon and interact with the young boys and girls who have taken up the archery. I try to give them some tips here and there. I can’t wait anymore to take part in competitive sports,” said Boro.