Bawana: Building Where Fire Killed 17 Was Given Licence As A 'Plastic Factory', Says Report 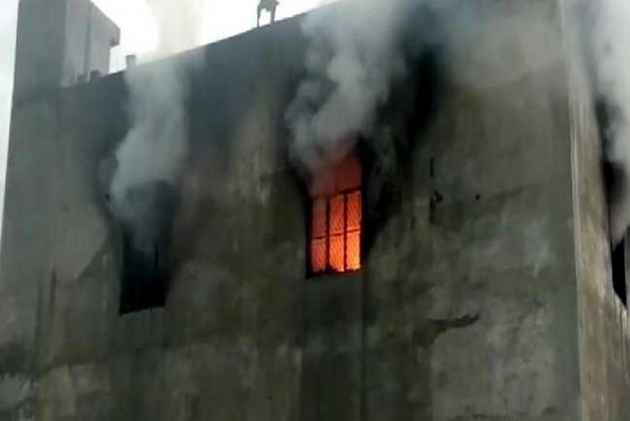 Police probing the Bawana fire that killed 17 people said the building was a registered plastic factory used to store and pack firecrackers illegally.

Hindustan Times reported that the building was stuffed with firecrackers a week ago and had no fire evacuation plan. "There were only two fire extinguishers and a lone exit which was locked," HT reported quoting the officials report.

The Delhi State Industrial and Infrastructure Development Corporation (DSIIDC) allots plots in the industrial area spread over 2,100 acres. And, the municipal corporation gives licence to run factories and warehouses.

According to the report, more than 450 fire emergencies and five fire-related deaths were reported from the area in 2017.

According to the news reports, on Saturday, the Bawana industrial area recorded three fires- the first around 4 pm in a carpet manufacturing company in Sector 1, the second in the firecracker unit in Sector 5, and the third in Sector 3 at 7.30pm.

The Delhi police have arrested the owner of the firecracker factory. "An FIR has been registered against him under Indian Penal Code (IPC) sections relating to culpable homicide not amounting to murder (section 304), and negligent conduct with respect to fire or combustible material. The maximum punishment under section 304 is 10 years," officials quoted as saying.

Delhi Minister Gopal Rai said that the labour department has begun an investigation.

"We have also announced ex-gratia of Rs 5 L to the victims kin andRs 1 L compensation to the injured, "said Gopal Rai.