The BJP, however, hit back, saying the AAP should apologise for spreading lies against his party. 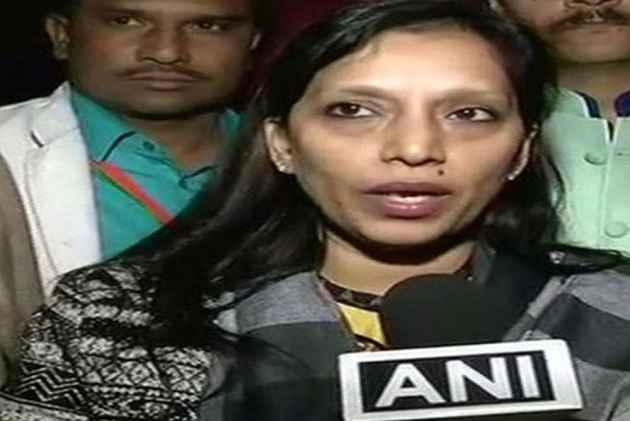 Hours after at least 17 people were killed in a massive fire that broke out at a firecracker factory in Delhi's Bawana area on Saturday night, BJP leader and North Delhi Municipal Corporation Mayor Preeti Aggarwal caught on camera telling her officials not speak against the factory.

In the ANI video, which is now being widely shared on the social media and even by chief minister Arvind Kejriwal, the mayor could be heard cautioning the officials from saying anything on the matter as the factory was registered with North Delhi Municipal Corporation.

"Is factory ki licence humare paas hai, isliye kuch nai bolna. (The licence of this factory is with us, so we should not speak against it),” Aggarwal can be heard saying as she visited the spot to take stock of the situation.

The BJP, however, hit back, saying the AAP should apologise for spreading lies against his party.

“People are trying to make that fake video viral at a sad time just to blame the BJP. The CM has re-tweeted that video, he must apologise for such a low-level politics at the time of despair,” Manoj Tiwari, BJP’s Delhi chief, said.

Preeti Aggarwal asked whom does the factory come under, it's murmuring, only 'ye factory' is clear. Ppl are trying to make that fake video viral at a sad time just to blame BJP. CM re tweeted it, he must apologise for such low-level politics in time of despair: Manoj Tiwari, BJP pic.twitter.com/PSmaeEyb5t

Aggarwal called the video "fake" and demanded an apology from Kejriwal for "spreading a lie".

"The worst part amidst this entire painful incident is that a fabricated video has been made viral. I expect Arvind Kejriwal to apoligise to me for spreading this lie", Aggarwal told ANI .

"I only made some inquiry about the place from my co-workers and I meant we shouldn't say anything about such unfortunate incident at this time", she added.

She also said the industrial area where the fire took place, "is under DSIDC and land allotment has been done by the Delhi government".

A man, who was apprehended by the police in connection with the Bawana fire accident that killed seventeen people and injured two, has said that he took the factory premises on rent and was running it alone.

Ten women and seven men were killed while a man and woman were injured in a massive blaze at a firecracker storage unit in outer Delhi's Bawana industrial area.

The fire, which started at the storage unit on the ground floor of a two-storey building, ripped through the structure, a Delhi Fire Services official said.

Jain told police that he was running the factory alone and had taken it on rent.

Earlier, the police had said that Jain was running the unit in partnership with one Lalit Goel.
The police had said that an FIR has been registered under Indian Penal Code (IPC) sections relating to culpable homicide not amounting to murder, and negligent conduct with respect to fire or combustible material. The maximum punishment under section 304 is 10 years.
Kejriwal announced a compensation of Rs 5 lakh each to the family of the deceased. A compensation of Rs 5 lakh each will be given to the next of kin of those who have lost their lives and Rs 1 lakh each to the two injured persons, he told reporters.

Kejriwal, who visited the site late on Saturday night, said the truth will come out only after the inquiry, which has been ordered by the government.

"Prima facie it appears packaging of the fire crackers were going on, but no machines have been found," he said.