After missing deadline, it agrees to some with ‘certain modifications’ 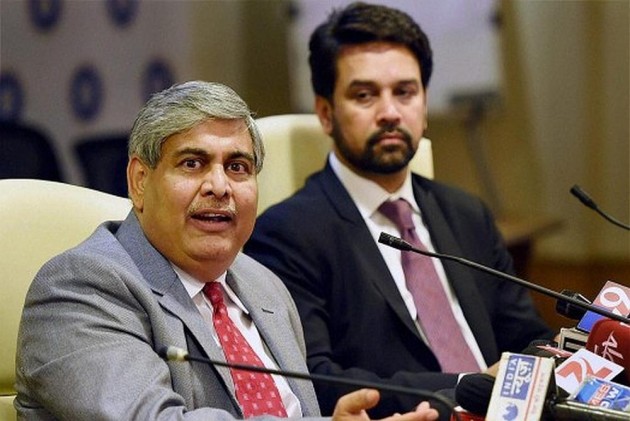 The BCCI seems to have done little to redeem itself on Saturday after it apparently refused to accept some of the most crucial Lodha Committee recommendations like a new constitution, a bar on minsters/government servants from holding positions anywhere in India, a maximum of nine-year rule for administrators (with cooling-off periods), to be implemented retrospectively, and 70-year age stipulation for officials.

The BCCI issued a press statement after a marathon seven-hour-45-minute special general body meeting – which could be the very last for most of the present set of officials as part of the Board – as there is no mention of acceptance of the above mentioned recommendations of the Supreme Court-appointed committee.

The SGM also discussed, apparently at length, the opinion of BCCI’s senior advocate Arvind P. Datar. In the five-page opinion he had given to the Board, he felt that Supreme Court judgment of July 18 “does not give any specific direction to the state associations and there is also no direction against them to amend their bye-laws”.

“…there is no specific power given to the Lodha Committee to implement directions against state associations,” wrote Datar, a taxation expert whom the BCCI has been consulting for a while, in a five-page written letter dated August 12, 2016, and accessed by Outlook. “The net result is that the state associations can continue with the present method of functioning and need not alter the bye-laws. The only possible adverse consequence is the loss of grant from the BCCI.”

Datar also said that the “state associations can continue with their existing position”. That is probably why there is no mention, in the press statement, of whether the BCCI of its affiliates were accepting the new Memorandum of Association, drafted by the Lodha Committee.

There were seven separate items that the Lodha Committee, while releasing two sets of timelines, had asked the BCCI and its affiliates to adopt by the first deadline of September 30. But the BCCI adjourned the SGM on September 30 on a technicality, thus apparently incurring contempt of court.

Even the recommendations that the BCCI accepted on Saturday were conditional, like that of the Apex Council. The Board said it was accepting forming the council “with certain modifications”.

The next hearing in the Supreme Court is on October 6, and it remains to be seen what action its takes against the BCCI that has constantly defied the apex court’s instructions.

The BCCI on Saturday seems to tried to fall in line as it accepted a few Lodha Committee recommendations, though it remained adamant on the few that impact all its office-bearers and other senior administrators.

The recommendations that the BCCI accepted are:
(1) The induction of the representative of Comptroller and Auditor General as the member of the Apex Council as well as the IPL Governing Council.
(2) The formation of the Apex Council with certain modifications.
(3) The various committees as recommended by the Hon’ble Justice Lodha Committee including the special committee for the differently abled and the Women’s Committee.
(4) Formation of the Players Association and their representation on the Committee. The SGM authorised the CEO to contact the steering committee as proposed by the Hon’ble Justice Lodha Committee and commence the formation of the cricket players association.
(5) The members were also unanimous in giving voting rights to the Associate members as per the ICC guidelines.
(6) Puducherry to be granted associate membership of the BCCI as proposed at Item No.7 in the timeline report.
(7) The SGM also accepted Item No.3 (Code of Conduct for Players and Team Officials, Anti-Doping Code, Anti-Racism Code, Anti-Corruption Code and Operational Rules) of the first timeline report of the Hon’ble Justice Lodha Committee for implementation for the next IPL season.
(8) With regards to Item No. 4 of the timeline report issued by the Hon’ble Justice Lodha Committee, the members drew the attention to the fact that while it was the effort to ensure a 15-day gap between the national calendar and the IPL – the same will not be possible in the year 2017 because of the ICC’s Champions Trophy being scheduled in England at around the same time.
(9) Item No. 5 (Agent Registration Norms) of the timeline report – was adopted unanimously.
Now, it’s over to Supreme Court on October 6