The petitioner has requested the CMs of seven deprived states to stand up and demand their rightful funds from the BCCI to develop cricket and infrastructure in their regions. 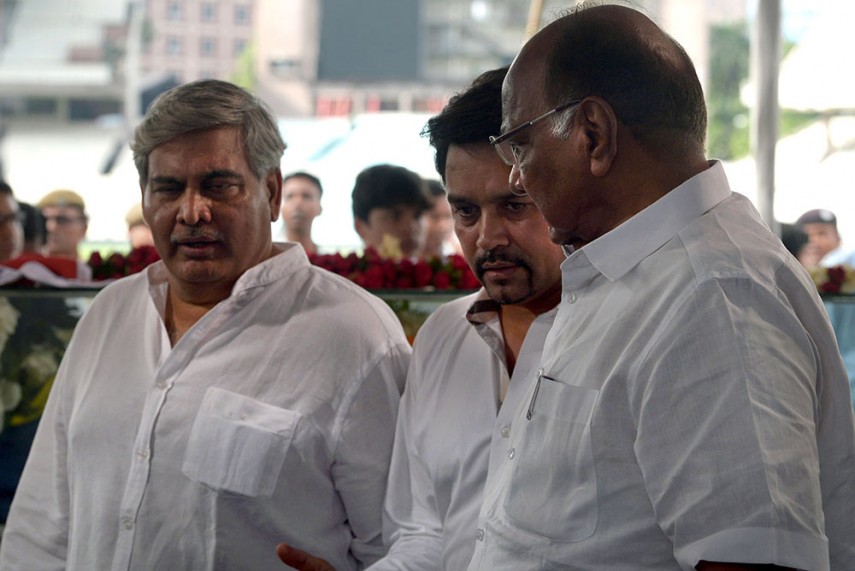 As the arguments in the Lodha Committee recommendations enter the final leg in the Supreme Court, petitioner Aditya Verma, secretary of the unrecognised Cricket Association of Bihar (CAB), has called upon the chief ministers of seven eastern states, affected by lack of funding, to intervene in the case and oppose BCCI.

Manipur, Sikkim and Bihar are currently associate members of the BCCI while Meghalaya, Nagaland and Arunachal Pradesh are affiliate, or the third rung, members. But Mizoram does not figure in any of the three categories.

The other category, which is the top rung, comprises 31 members, which enjoy all the benefits.

The next hearing in the case is on May 10, Tuesday.

“The [Lodha Committee] report also says that the young cricketers of your state should be given proper chance so that they can show their talent at national/international level. There is also a provision in the report that all states should be given special attention by the BCCI to develop their cricket skill and infrastructure,” Verma says in his letter to the CMs.

“But very that shocking BCCI is continuously opposing the recommendation of Lodha Committee, especially one state-one vote policy during the hearing in Hon’ble Supreme Court. BCCI says there is no basic infrastructure and cricket activities in these states and people especially youngsters have no interest in the game of cricket.”

Verma further states that as a petitioner, he is opposing the BCCI’s contention that people of Bihar, Sikkim, Manipur, Nagaland, Mizoram, Meghalaya and Arunachal Pradesh have no interest in cricket and that there is no basic infrastructure in those states.

“I am also keeping the BCCI monopolistic view in front of the bench,” he says in the letter. “As per the constitution of India, each and every child has the right to play for his state or for his country. How can BCCI decide which boy is capable or which state is suitable for cricket or not?"

Verma has requested the chief ministers to file their objections against the BCCI in the Supreme Court.

“Your moral duty is also to support Hon’ble Justice Lodha Committee report in the Supreme Court of India. If the BCCI has since 1928 failed to provide the opportunity or infrastructure to above mentioned states, how can the BCCI say that these states are not fit to come in the main stream?” he wondered. “Without proper opportunity youngsters of these states have failed to show their talent at the state, national or international level.”

Bihar was affiliated with the BCCI as a full member in 1935. But the state was bifurcated in November 2000, the BCCI strangely snatched Bihar’s full membership and gave it to the newly created Jharkhand. As a result, Bihar has not been able to field teams in senior BCCI tournaments like Ranji Trophy and Duleep Trophy.

The situation could, however, change if the Supreme Court upholds the Lodha Committee recommendations and orders the BCCI to bring back Bihar in the mainstream.

It was Verma’s PIL in the 2013 IPL betting-fixing scandal and the conflict-of-interest cases of some top BCCI administrators that set the ball rolling and it led to the formation of the three-member Lodha Committee.

The Lodha Committee decided on the quantum of punishment for the guilty in the IPL betting-fixing scandal and separately gave a spate of recommendations to reform the BCCI, as per the brief given by the apex court.

Openly backed by Lalit Modi and a few others, the Patna-based Verma has been doggedly pursuing the case. Now, he has written to chief ministers of seven states, requesting them to stand up and demand their rightful funds from the BCCI to develop cricket and infrastructure in their regions.

Under the title “Problems” in the BCCI, the Lodha Committee report says: “One old State (Bihar) and two new states (Chhattisgarh and Uttarakhand) and six North-Eastern States (Sikkim, Manipur, Meghalaya, Nagaland, Arunachal Pradesh and Mizoram) are unrepresented on the Board. Of course, the most significant omission was Bihar, which, being the third most populous State in the nation required the cricket representatives of its 100 million populace to migrate to other States to ply their trade. Apart from Tripura, the other six sister-States of the north-east had been relegated to various categories of membership (Associate, Affiliate and Future) which really have no voice on the Board.”

Elsewhere, the report says, “The non-addition of the Bihar Cricket Association or an equivalent has also led to such a denial to the players from Bihar.”

Chhattisgarh has since been elevated to full membership.