Be It Sitapur Or Rampur, We Don't Do Development By Looking At The Face: Yogi

CM Yogi was inaugurating/laying the foundation stone of 167 projects costing Rs 484.41 crore in Sitapur on Wednesday. In the program, he handed over the symbolic keys of the house to the beneficiaries of the Pradhan Mantri Awas Yojana 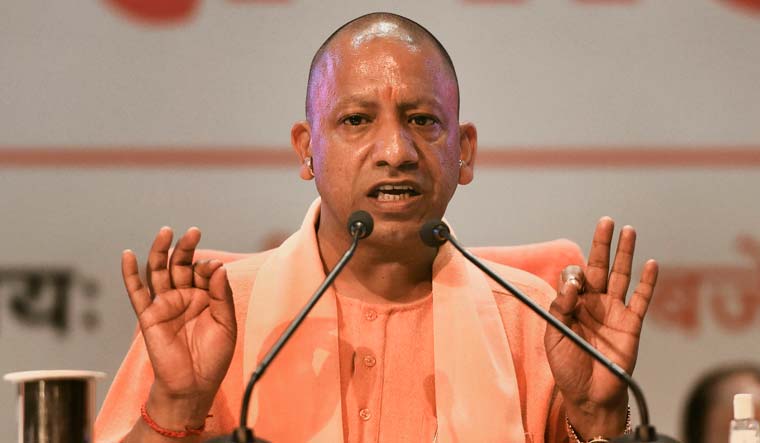 At a foundation laying programme in Sitapur, UP cChief Minister Yogi Adityanath said development has been taking place in the state with no discrimination based on caste or religion. Yogi laid the foundation stone of 167 projects worth Rs 484.41 crore in Sitapur on Wednesday.

There was a time when the ration of the poor went to "Saifai". The stomach of the "elephant" was so big that it contained all the grain kept for the poor. But today every "Rampur" or "Sitapur" is the light of development everywhere. Every poor has his own house, every house is a toilet. Not only this, there is electricity even in "Sitapur Jail".

In the program, he handed over the symbolic keys of the house to the beneficiaries of the Pradhan Mantri Awas Yojana, and also gave the benefit of the scheme to the eligible people under Mukhyamantri Bal Seva Yojana, Kanya Sumangala Yojana, Vishwakarma Shram Samman, Mukhyamantri Yuva Swarozgar Yojana and Ayushman Yojana. Presenting the account of four and a half years before the public, he thanked the people for building trust in the BJP and assured that the government would ensure the safety, respect and self-reliance of every citizen.

Paying homage to Naimish Dham, the CM said that Sitapur is at number one among the districts getting the most benefit of the state government's schemes. In four-and-a-half years, 2.25 lakh families got "Apna Ghar", and through Ujjwala Yojana, around five lakh families have been given free LPG connections. Expressing grief over the neglect of Sitapur in the previous governments, the CM said that even after being so close to the capital city, Lucknow - the light of development did not reached there.

Referring to the problem of floods in the district, the Chief Minister said that earlier when there was an outbreak of flood or disease, the governments turned a deaf ear. “We had promised to tresolve the flood issue here in 2017 and now it has been solved.”

Amidst the slogans of 'Jai Shri Ram' and 'Bharat Mata Ki Jai' coming from the enthusiastic masses, Yogi also raised questions on the policy and intentions of the SP, BSP and Congress governments.

Yogi slammed Congress, SP and BSP for “promoting discrimination, casteism and favoritism’’ in the state.

“In 2017 we promised to waive farmers' loans. The government was formed and the loans of 86 lakh farmers were waived. The earlier governments did not open the accounts of the poor, because they were afraid that if the account of the poor man was opened, then their own accounts would be closed. Prime Minister Narendra Modi started the Jan Dhan Yojana and opened bank accounts of the people. Today every farmer, every woman, every poor is getting direct benefits” Yogi said.

In his 35 minute speech, Yogi saluted the mythological significance of Sitapur. “Sitapur is a holy place for us. When the entire world was living in darkness, 88,000 sages had recited the Bhagavatam on this land. This is the land of knowledge” he said.