Neeraj Kumar, Managing Director of Beam Suntory India, speaks about the company's plans to become a billion dollar business in India by the year 2030 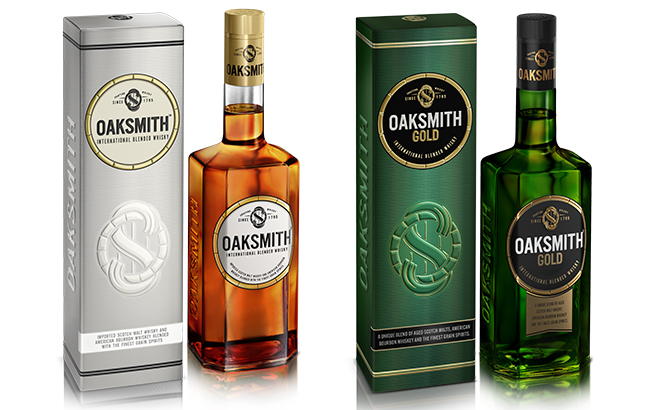 In conversation with Neeraj Kumar, Managing Director of Beam Suntory India, on the launch of the House Of Suntory portfolio in India and its foray into the IMFL segment with Oaksmith

It is a very significant day for Beam Suntory in India.

Beam Suntory in India has announced a bolder ambition with a longer range where we are looking at being a billion dollar business in the country by the year 2030. Today marks a significant step to enable that ambition. We have a strong portfolio in the country already with Teacher’s Scotch Whisky and the multiple variants of Teacher’s, Jim Beam and Maker’s Mark Bourbon, single malts which are Laphroaig and Bowmore. But as we start to deconstruct the goal for 2030, we realise that Beam Suntory being the third largest and the fastest growing spirits company in the world has a powerhouse portfolio of brands which are not yet in India. We then, looked at what would be the most relevant brands that would start to appeal to Indian consumers and some of the most revered brands in our portfolio are from our Japanese whisky portfolio.

So, Yamazaki, a single malt, Hibiki, a blended Japanese whisky and Roku, the Japanese craft gin, were identified as the next additions to the portfolio to cater to the luxury and premium consumers in India. More significantly, a large part of the ambition will come from scale and scale will be coming with our foray into the Indian whisky space.

So later, this week in Maharashtra and progressively in Telangana in January, we will be launching our Indian IMFL whisky which is called Oaksmith. It has two price variants, Oaksmith and Oaksmith Gold and this will compete in the premium IMFL segment and the value IMFL segment. There is something very special about Oaksmith because Fukuyo-san (Shinji Fukoyo, Chief Blender at Suntory) who is behind the creation of Yamazaki and Hibiki has also created Oaksmith. So it is coming with his entire expertise and craftsmanship of whisky-making. The whisky has some of our best scotch malts and it is created in the way he creates other whiskies. So, he has spent a lot of time in the past one year going to ahatas, going to small shops and going to cities like Hyderabad, Lucknow, Pune, trying to understand how Indian consumers appreciate Indian whisky, the kind of food they eat with their drinks, what does smoothness mean to the consumer.

We have a word in Japanese called Gemba and it means ‘being where values is created’. So, Fukoyo-san was there talking to consumers and bartenders and the outcome of Gemba and the deep research is what he has created as Oaksmith. So, Oaksmith will continue to be a strong enabler of our 2030 ambition. Almost 50 per cent of future revenues will be coming from the Indian whisky space. So, three big brand launches today – Yamazaki, Hibiki and Roku – which are under what we call the House of Suntory and later in the week, we will be launching Oaksmith which will be our Indian whisky foray.

We have been very enamoured of our scotch whisky for the longest time. Has that started to change and what are the factors fuelling that change?

Whisky in India is very on-trend and we don’t see that changing in the near future. About 60 per cent of alcohol consumption in India is whisky. Indian consumers relate very well to scotch. When you look at Japanese whiskies, they were created almost a 100 years ago and they are one of the most aspirational segments of whisky. Other categories are also building up. I think gin is small as a category but premium gin, which is fuelling the gin renaissance around the world is something which we hope to stir up with Roku.

Roku, by the way, has six faces to the bottle because Roku means six in Japanese. There are six Japanese ingredients, apart from many other ingredients and that is something which is unique because they combine to give Roku a flavour profile that is unlike any other gin in the world. I think this is just the perfect time to have these brands in India.