Being A Homosexual Is A 'Tendency' That May Change Later, Says Sri Sri Ravi Shankar At JNU Event

In the past, Shankar had come out against the Supreme Court’s 2013 verdict on Section 377, saying homosexuality is not crime 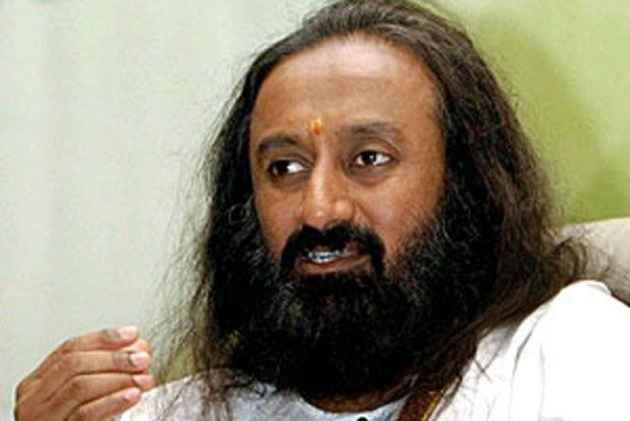 Spiritual leader Sri Sri Ravi Shankar has said being homosexual or heterosexual is a tendency that may change later. He made the statement at the Jawaharlal Nehru University in Delhi on Monday after a student asked how he should handle the way his friends and family “mistreat” him because he was homosexual.

“You treat yourself better, doesn’t matter how others treat you. You don’t think you are sick or something’s wrong with you. If you stand up, nobody can insult you… But if you feel weak and meek, and if you feel bad about yourself, nobody can make you feel better,” Shankar told the student, adding, “This is your tendency now. Just acknowledge it and accept it, and know that this tendency is not a permanent thing. It may change. I’ve seen many men who were gay, later on turn into heterosexuals, and there are those who are normal — what are called straight people — end up being gay later in life,” reported The Indian Express.

Shankar was delivering at the 13th Nehru Memorial Lecture at JNU during the day, and another lecture in the evening, where he took questions from the audience, added the report.

When another student asked him what they could do to remove the “anti-national” tag given to JNU “because of a few students”, he replied: “Some youths have a tendency to rebel. Just because they’re talking differently, don’t think they’re anti-national. Don’t brand them.”

In the past, Shankar had come out against the Supreme Court’s 2013 verdict on Section 377, saying homosexuality is not crime and nobody should face discrimination based on their sexual preferences.

“Hinduism has never considered homosexuality a crime and…to brand a person a criminal based on sexual preference would be absurd,” the founder of Art of Living Foundation had said.

Earlier in the day, Shankar said was involved as a mediator in the Ram Temple dispute of his own will and he would visit Ayodhya on November 16 to meet all the stakeholders.

The Congress had last month dubbed Shankar a "government agent" who was representing its interests in the Ram Temple dispute in Ayodhya.

The spiritual leader told reporters that he would pay a courtesy visit to Uttar Pradesh chief minister Yogi Adityanath.