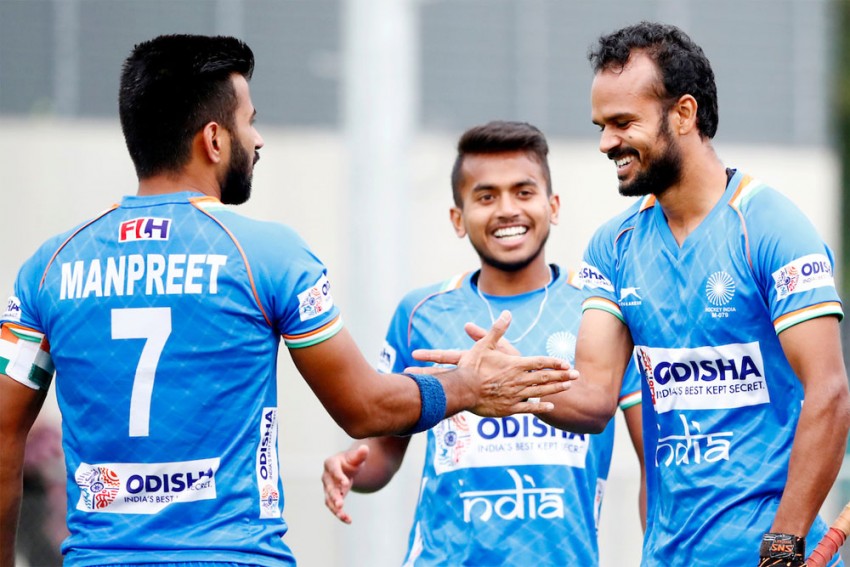 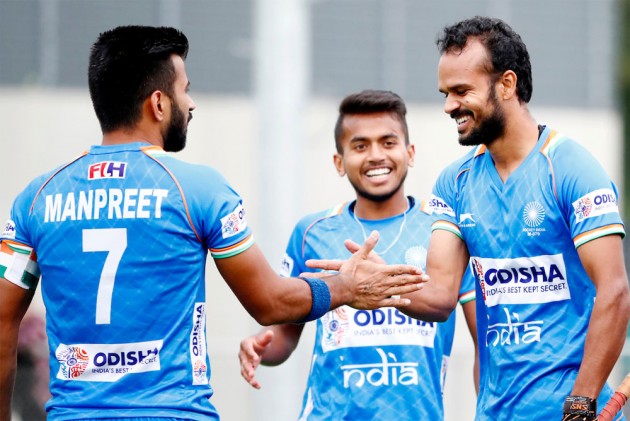 Indian men's hockey team on Thursday produced an attacking masterclass to defeat reigning World and European Champions Belgium 5-1 in the fifth and last match to maintain their 100% record in their tour of Belgium.

The Indian team won all five matches during the tour, beating Belgium 2-0 in the opening match, and registering 6-1 and 5-1 wins over Spain in the next two games, before finishing off their tour with two wins against Belgium (2-1 and 5-1) at Antwerp.

With four wins out of four, India were brimming with confidence, starting the match on the front-foot and producing a stunning move in the 7th minute to take the lead through forward Simranjeet Singh.

Also Read: India To Tour Belgium Ahead Of 2020 Olympics Qualifiers Vs Russia

Belgium did try to force a comeback but their penalty corner was saved by Krishan B Pathak in the 9th minute, meaning that India maintained their one-goal advantage at the first break.

The second quarter saw World No. 2 Belgium win themselves back-to-back Penalty Corners in the 16th minute, but India's Pathak made sure that their lead stayed intact.

It was a difficult period for the Indian team as Belgium tried to look for the equalizer, however, some resolute defending saw India take their lead into the half-time break.

The visitors started the third quarter with attacking intent, and were rewarded immediately, with Lalit Kumar Upadhyay bagging his first goal of the match in the 35th minute extending the lead to 2-0.

Another attack in the next minute saw youngster Vivek Sagar Prasad also register his name on the score-sheet as he produced a crafty finish to beat the Belgian Goalkeeper.

The 38th minute saw Belgium penetrate and win a penalty corner, but PR Sreejesh's diving save kept the score down to 3-0 in India' favour, however a brilliant strike from the retake by Alexander Hendrickx made it 3-1 in the 39th minute.

But Belgium could not stay in the match for too long as India replied to conceding by scoring twice in two minutes just before the end of the third quarter and extending their lead to 5-1.

India's fourth goal was scored by drag-flicker Harmanpreet Singh, who converted a penalty corner in the 42nd minute, while the fifth goal came through Ramandeep Singh who scored in the 43rd minute to finish off a great team move.

Playing at home, the World Champions tried to make inroads into the Indian striking circle but some strong tackling, and interceptions in the last quarter meant that the Indians maintained their 100% record in the five matches, and secured a huge 5-1 win to finish off the Tour.

The Indian men's hockey team will be vying for an Olympic berth when they take on Russia in the crucial FIH Olympic Qualifiers to be held on November 1 and 2 at the iconic Kalinga Stadium in Bhubaneswar.