The West Bengal government has asked schools to complete the preparatory work for providing cooked mid-day meals to students of classes 1-8. While schools have reopened for students of classes 9-12, physical classes for the junior standards are yet to recommence due to the pandemic situation. 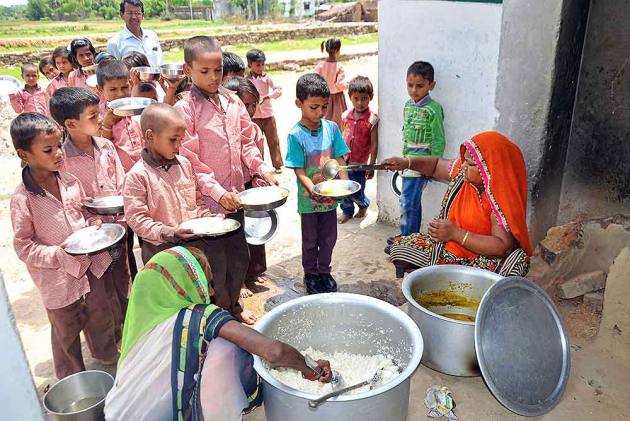 Mid-day meal project director's office issued a letter to the district magistrates, the Kolkata Municipal Corporation, and the Kolkata Primary School Council, asking them to prepare a check-list on Google Forms, listing the preparatory work needed to be done before physical classes reopen for students of standards 1-8, and make a school-wise entry at the block level.

"School-wise entry to be done at block level keeping in view the AMS portal data (school name, U-DISE code) entries to be filled in within the suggestive time plan as mentioned in the checklist," the letter dated November 29 said.

The Google Form, the link of which was given in the letter, is to be submitted by December 3, it said.

A School Education Department official said that in the Google Forms, the educational institutions have to list the steps they will take to ensure the provision of cooked mid-day meals to the students.

After submission of the form, they have to complete the sanitisation process in a full-proof manner, ensure that the infrastructure is ready for cooking mid-day meals with strict adherence to COVID restrictions, and also complete the full vaccination of their staffers by the last week of December, the official told PTI.

"We are taking these steps with an eye on the recommencement of physical classes for the junior standards. However, when that will happen is not yet known. The chief minister and education minister in consultation with health experts will take a call," he said.

Despite the closure of schools on March 16, 2020 due to the pandemic, the state government continued the mid-day meal scheme by providing uncooked food items to guardians of children on designated days.

Education Minister Bratya Basu had said in November that the state government wants to restart classes for standards 1-8 in a phased manner.

"As of now, we would like to review the situation after recommencing classes for standards 9-12, and take a call accordingly," he had said.