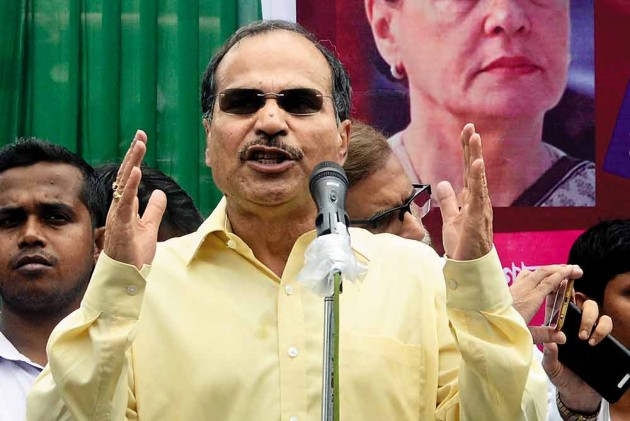 Congress Lok Sabha leader Adhir Ranjan Chowdhury on Wednesday slammed party colleague Kapil Sibal over his Bihar poll debacle introspection remark, saying those unhappy with the party's functioning are free to leave instead of embarrassing it in public. Chowdhury stung Sibal for "giving sermons from AC rooms" and said disgruntled members may join other parties or form their own outfits.

Wondering why Sibal was not seen campaigning for the Congress during the Bihar elections, the party's West Bengal chief said, "Speaking without doing anything doesn't mean introspection."

"Kapil Sibal could have raised the issues inside a party forum instead of making such embarrassing remarks in public. He is a senior leader and has access to the party's top brass.

Soumitra Chatterjee: The Smile is Gone

"Those who are unhappy with the functioning of the party have the freedom to form a new party or join one if they feel that the Congress is not the right place for them," Chowdhury, a member of the Congress Working Committee (CWC), told reporters here.

West Bengal Congress chief Adhir Ranjan Chowdhury on Wednesday alleged that the TMC government in the state did "cheap politics" with the mortal remains of legendary actor Soumitra Chatterjee, while not giving him due respect during his lifetime.

"The Trinamool Congress did not give him due respect after coming to power in the state in 2011. They had removed him from various committees. But after his death on November 15, they did cheap politics with his body," the Congress Lok Sabha leader told reporters.

Chatterjee's body was kept at Rabindra Sadan in central Kolkata for people to pay their last tributes. It was then taken to Keoratala crematorium as thousands of people, including Chief Minister Mamata Banerjee and senior Left leaders, walked in a procession. He was cremated with full state honours.

"We think Soumitra Babu's vast experience could have been used in a better way by this government but he was kept out of the state's key committees on art and culture," Chowdhury said.

The state government should take an initiative to build an archive of the Dada Saheb Phalke awardee's life and works, the Baharampur MP said.

When asked about Chowdhury's criticism of the state government, Basu said, "We don't want to get into all these."

A TMC leader, however, termed Chowdhury's criticism as "extremely unfortunate and in poor taste".

"While everyone in West Bengal grieved on the day of Soumitra Chatterjee's death, many hit the streets to bid adieu to 'Apu' but Chowdhury has chosen the occasion to do politics after three days," he said.