The budget document emanates that the allocation of Rs 100 crore for the scheme was proposed for the 2021-22 fiscal, Dhankhar said. 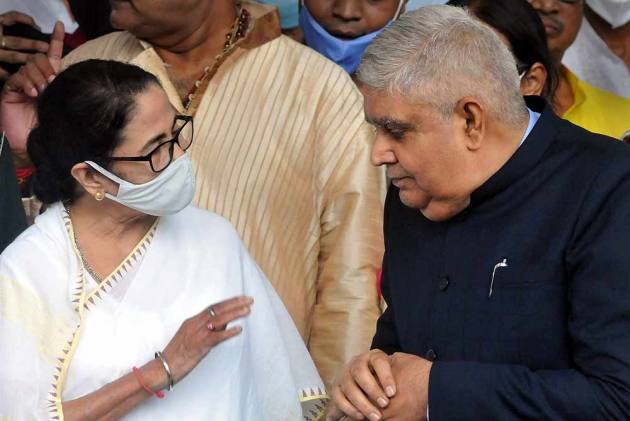 West Bengal Governor Jagdeep Dhankhar on Saturday claimed that he has noticed "unconstitutional diversion of funds" for 'Maa' canteen, a project launched by the TMC government in February to provide subsidised cooked food to the poor.

Citing the state budget document for 2021-22, the governor said the scheme was to be operationalised from April 1, the beginning of the current fiscal, with an annual allocation of Rs 100 crore, but it was functional from mid-February with "no legitimate" funds. It has been represented, as also gathered from the public domain, that Chief Minister Mamata Banerjee launched 'Maa' canteens for providing subsidised cooked food for poor people at a nominal cost of Rs 5 in mid-February, he said.

The budget document emanates that the allocation of Rs 100 crore for the scheme was proposed for the 2021-22 fiscal, Dhankhar said. "It is, thus apparent that for about a month and half prior to April 1, 2021, the scheme was functional and during this period there was no legitimate allocation to this effect," the governor said. Dhankhar sought details of the source of funds and the amount spent for the scheme till March 31.

"Noticing unconstitutional diversion of funds #MAA Scheme @MamataOfficial till March 31, 2021, WB Governor has sought from Finance Secy source & amount spent #MAA till March 31, 2021," he wrote on Twitter. Reacting to Dhankhar's allegation, veteran Trinamool Congress MP Sougata Roy said the governor may keep writing letters but the state government is answerable to the legislative assembly, not to the one holding gubernatorial post". "It is up to the state government whether it will reply to him or not. But he seems to be in the habit of tweeting to trigger controversy and enter into confrontation with the government," Roy said.

Notably, Dhankhar and Mamata Banerjee"s TMC government have been at loggerheads ever since he assumed office in 2019. The governor had in November asked Amit Mitra to come out with a white paper on details of investments received from five editions of Bengal Global Business Summit (BGBS), alleging that the former state finance minister's "misplaced eloquent economic optical illusions have been a heavy drain on development".

Mitra, who has been appointed chief economic advisor to Chief Minister Mamata Banerjee after he relinquished the finance portfolio recently, had refuted Dhankhar's accusation that he had not responded to queries on investments proposed in the five editions of BGBS. Dhankhar and Mitra were engaged in a verbal duel over the success of the business summits. "Another revelation @DrAmitMitra. His Silence #BGBS Report Card indicates there is all to hide," the governor said on the microblogging site on Saturday.