Banerjee was speaking at a virtual meeting chaired by Prime Minister Narendra Modi, where chief ministers and lieutenant governors of states and Union Territories were present to review the COVID-19 situation in the country. 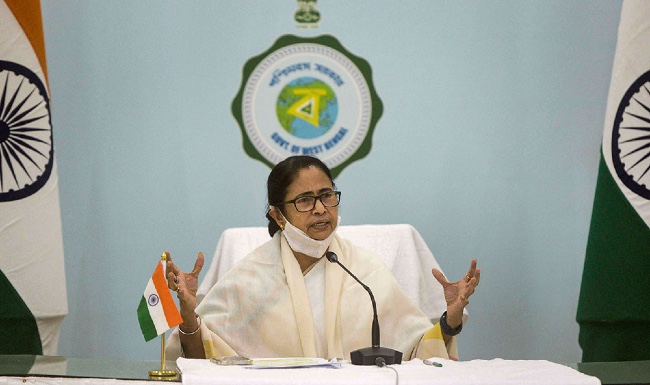 Apprehending that the state may witness a surge in the number of Covid-19 cases in the state on account of the upcoming festivities, West Bengal Chief Minister Mamata Banerjee on Thursday said that the administration is well prepared to tackle it.

"The West Bengal CM talked about the possible increase in cases in the state on account of upcoming festivities and the administration’s preparation to tackle it," an official release said.

West Bengal is hosting the Gangasagar Mela at Sagar Island in South 24 Parganas district of the state where lakhs of pilgrims are expected to take a dip at the confluence of the Ganga and the Bay of Bengal on January 14 on the occasion of Makar Sankranti.

The bench also constituted a two-member committee comprising former Justice Samapti Chatterjee and member secretary of the West Bengal Legal Services Authority to monitor adherence to COVID-19 norms at the fair. The bench ordered that all pilgrims must be fully vaccinated and should test negative for COVID-19 in an RT-PCR test conducted within 72 hours before reaching the venue.

During the meeting, the chief ministers thanked the PM for his leadership during the successive waves of Covid-19. "They especially thanked the prime minister for his support & guidance and for funds provided by the Central Government which has been of immense help in boosting health infrastructure in the states. The chief ministers talked about preparedness to tackle increasing cases, through steps like increase in beds, oxygen availability etc," the release issued by the Press Information Bureau said.

Addressing the meeting, the prime minister noted that India's battle with the biggest pandemic of 100 years has now entered its third year. “Hard work is our only path and victory is our only option. We, 130 crore people of India, will surely emerge victorious against Corona with our efforts,” the release quoted Modi as saying.