The state's coronavirus death toll rose to 19,676 after seven more people succumbed to the disease during the day, a bulletin issued by the health department said. 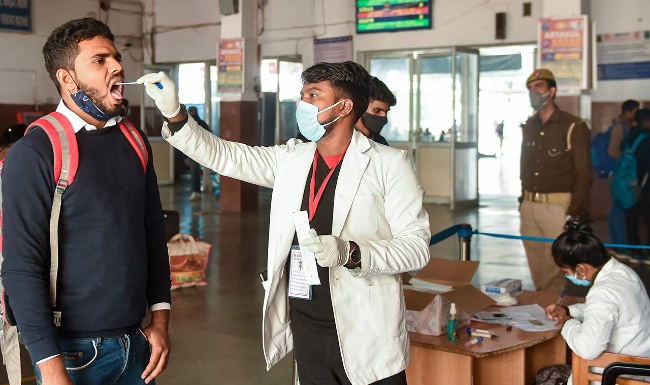 Two more foreign returnees to West Bengal tested positive for COVID-19 on Monday and they were sent for isolation, an official said.

Genome sequencing of the woman who arrived from Ireland and the UK returnee would be done Tuesday to find out if they are afflicted with the Omicron variant of coronavirus, the official said. The woman is undergoing treatment in Beleghata ID hospital in Kolkata while the man is in home isolation in the city, he said.

On Sunday, two other persons who reached had reached Kolkata from Europe tested positive for the pathogen.

The health department official said that another patient, who was found Omicron positive in New Delhi on December 10 and underwent treatment there, returned to the city on Monday after he tested negative for the disease.

Meanwhile, West Bengal completed administrating over 10 crore doses of Covid-19 vaccines on Monday with over 3 crore people getting both the doses, a senior official of the health department said.

Two deaths each were reported from North 24 Parganas and Nadia districts while Kolkata, South 24 Parganas and Paschim Bardhaman accounted for one fatality each, it said. The tally went up to 16,27,490 with 414 new cases.