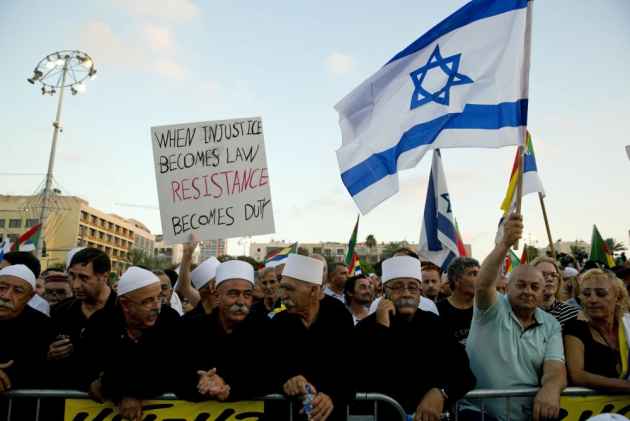 Israel's Prime Minister is defending a divisive new law enshrining the country's Jewish character after tens of thousands of people demonstrated against it in Tel Aviv.

Benjamin Netanyahu said at Sunday's weekly cabinet meeting that the law doesn't harm any citizens, and is needed to "ensure the future of Israel as the state of the Jewish people for generations to come."

Members of Israel's Arabic-speaking Druze minority, which is known for supporting the state and serving in the military, organised a major protest Saturday against the law.

Netanyahu said the "deep connection with the Druze community" was essential and that a ministerial committee would "advance the connection and these commitments."