Prime Minister Narendra Modi on Friday claimed his government has worked towards providing security to females working on night shifts and removing problems faced by women. 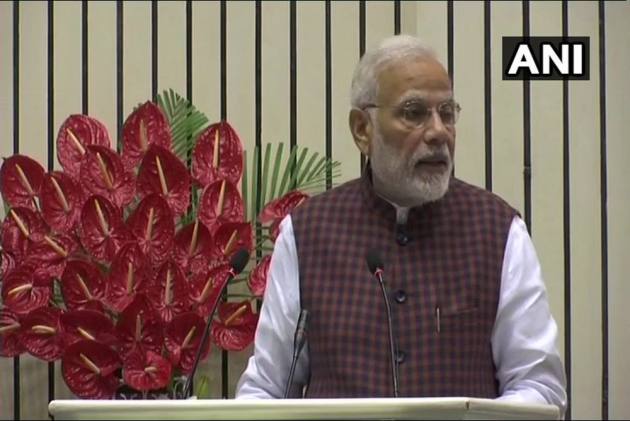 Describing the benefits of various schemes including the 'Beti Bachao, Beti Padhao initiative, Prime Minister Narendra Modi on Friday claimed his government has worked towards providing security to females working on night shifts and removing problems faced by women.

Addressing the silver jubilee celebrations of the National Human Rights Commission (NHRC) here, Modi said the government's focus has been to ensure that all Indians have access to the basic needs.

"The government has worked towards removing legal barriers for women working on night shifts and also endeavoured to provide them adequate security," said Modi.

Our govt has worked towards eliminating problems faced by women while working in the night shifts & has provided them adequate security during it: PM Narendra Modi in Delhi pic.twitter.com/NvXGVdCKHw

He also said that  because of the 'Beti Bachao, Beti Padhao' schemes, there has been a huge increase in female population in many states including Haryana and Rajasthan.

There were questions over daughters' right to life. A section of society with narrow minded people considered daughters unwanted&killed them in womb. Today I can proudly say that with 'Beti Bachao Beti Padhao' several states have seen a rise in no.of daughters: PM Modi in Delhi pic.twitter.com/PqZ2DHvp9g

Modi remarks come amidst the raging #MeToo campaign with many women coming out with their horror stories of sexual harassment in and outside  workplace.

Modi also released a commemorative postal stamp on the occasion and said that the role of NHRC is also crucial for achieving the sustainable development goals.