Our visions of the future are defined, like the film Interstellar, by technological optimism and political defeatism 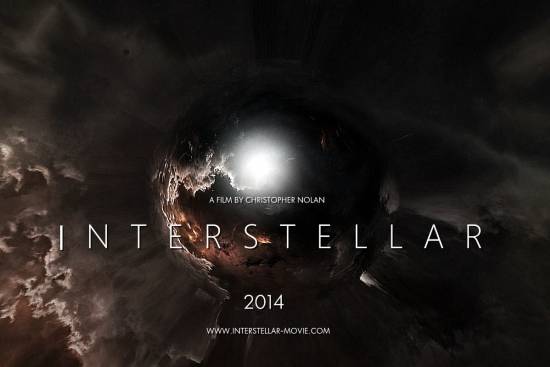 “It’s like we’ve forgotten who we are,” the hero of Interstellar complains. “Explorers, pioneers, not caretakers … We’re not meant to save the world. We’re meant to leave it.” It could be the epigraph of our age.

Don’t get me wrong. Interstellar is a magnificent film, true to the richest traditions of science fiction, visually and auditorily astounding. See past the necessary silliness and you will find a moving exploration of parenthood, separation and ageing. It is also a classic exposition of two of the great themes of our age: technological optimism and political defeatism.

The Earth and its inhabitants are facing planetary catastrophe, caused by “six billion people, and every one of them trying to have it all”, which weirdly translates into a succession of blights, trashing the world’s crops and sucking the oxygen out of the atmosphere. (When your major receipts are in the US, you can’t afford to earn the hatred of the broadcast media by mentioning climate change. The blight, an obvious substitute, has probably averted millions of dollars of lost takings).

The civilisational collapse at the start of the film is intercut with interviews with veterans of the Dust Bowl of the 1930s. Their worn faces prefigure the themes of ageing and loss. But they also remind us inadvertently of a world of political agency. Great follies were committed but big, brave things were done to put them right: think of the New Deal and the Civilian Conservation Corps(1). That world is almost as different from our own as the planets visited by Interstellar’s astronauts.

They leave the Earth to find a place to which humans can escape or, if that fails, one in which a cargo of frozen embryos can be deposited. It takes an effort, when you emerge, to remember that such fantasies are taken seriously by millions of adults, who consider them a realistic alternative to addressing the problems we face on Earth.

NASA runs a website devoted to the idea (2). It claims that gigantic spaceships, “could be wonderful places to live; about the size of a California beach town and endowed with weightless recreation, fantastic views, freedom, elbow-room in spades, and great wealth.” Of course, no one could leave, except to enter another spaceship, and the slightest malfunction would cause instant annihilation. But “settlements in earth orbit will have one of the most stunning views in our solar system – the living, ever-changing Earth.” We can look back and remember how beautiful it was.

And then there’s the money to be made. “Space colonization is, at its core, a real estate business. … Those that colonize space will control vast lands, enormous amounts of electrical power, and nearly unlimited material resources. [This] will create wealth beyond our wildest imagination and wield power – hopefully for good rather than for ill.”(3) In other words, we would leave not only the Earth behind but also ourselves.

That’s a common characteristic of such fantasies: their lack of imagination. Wild flights of technological fancy are accompanied by a stolid incapacity to picture the inner life of those who might inhabit such systems. People who would consider the idea of living in the Gobi Desert intolerable – where, an estate agent might point out, there is oxygen, radiation-screening, atmospheric pressure and 1g of gravity – rhapsodise about living on Mars. People who imagine that human life on Earth will end because of power and greed and oppression imagine we will escape these forces in pressure vessels controlled by technicians, in which we would be trapped like tadpoles in a jamjar.

If space colonisation is impossible today, when Richard Branson, for all his billions, cannot even propel people safely past the atmosphere(4), how will it look in a world that has fallen so far into disaster that leaving it for a lifeless, airless lump of rock would be perceived as a good option? We’d be lucky in these circumstances to possess the wherewithal to make bricks.

Only by understanding this as a religious impulse can we avoid the conclusion that those who gleefully await this future are insane. Just as it is easier to pray for life after death than it is to confront oppression, this fantasy permits us to escape the complexities of life of Earth for a starlit wonderland beyond politics. In Interstellar, as in many other versions of the story, space is heaven, overseen by a benign Technology, peopled by delivering angels with oxygen tanks.

Space colonisation is an extreme version of a common belief: that it is easier to adapt to our problems than to solve them. Earlier this year, the economist Andrew Lilico argued in the Telegraph (5) that we can’t afford to prevent escalating climate change, so instead we must learn to live with it. He was challenged on Twitter to explain how people in the tropics might adapt to a world in which four degrees of global warming had taken place. He replied: “I imagine tropics adapt to 4C world by being wastelands with few folk living in them. Why’s that not an option?”(6)

Re-reading his article in the light of this comment, I realised that it hinged on the word “we”. When the headline maintained that “We have failed to prevent global warming, so we must adapt to it”(7), the “we” referred in these instances to different people. We in the rich world can brook no taxation to encourage green energy, or regulation to discourage the consumption of fossil fuels. We cannot adapt even to an extra penny of tax. But the other “we”, which turns out to mean “they” – the people of the tropics – can and must adapt to the loss of their homes, their land and their lives, as entire regions become wastelands. Why is that not an option?

The lives of the poor appear unimaginable to people in his position, like the lives of those who might move to another planet or a space station. So reducing the amount of energy we consume and replacing fossil fuels with other sources, simple and cheap as these are by comparison to all other options, is inconceivable and outrageous, while the mass abandonment of much of the inhabited surface of the world is a realistic and reasonable request. “It is not contrary to reason to prefer the destruction of the whole world to the scratching of my finger”, David Hume noted(8), and here we see his contemplation reified.

But at least Andrew Lilico could explain what he meant, by contrast to most of those who talk breezily about adapting to climate breakdown. Relocating cities to higher ground? Moving roads and railways, diverting rivers, depopulating nations, leaving the planet? Never mind the details. Technology, our interstellar god, will sort it out, some day, somehow.

Technological optimism and political defeatism: this is a formula for the deferment of hard choices to an ever-receding neverland of life after planetary death. No wonder it is popular.