Better To Under Promise And Over Achieve Than Face Awkward Questions: Raghuram Rajan On Growth

"This notion that, we at every corner, we have to say we are the best and there is no body else like us. Well that is not true, first." 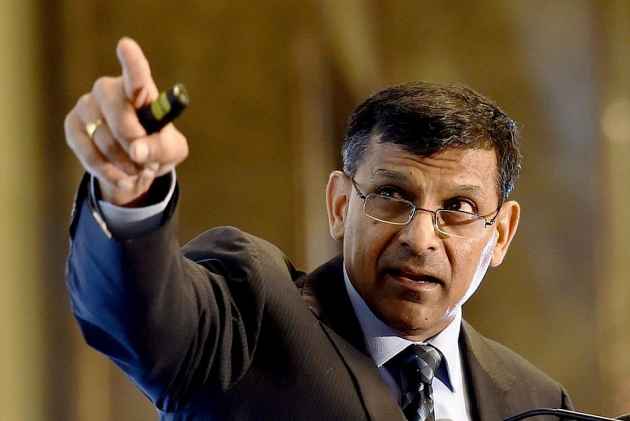 In a veiled dig at the government, former RBI Governor Raghuram Rajan today said it is always better to under-promise and over-achieve than to face awkward questions when it comes to growth comparisons with China.

Rajan, the only central bank governor in two decades who did not get a second term, also seemed to defend his controversial remark of India being a 'one-eyed king in the land of blind', saying GDP expansion slipped in every quarter since that remark in April of last year.

Breaking his silence after completion of the unwritten one-year moratorium for not commenting on India-specific issues since his exit from RBI on September 4, 2016, Rajan said India has a lot of potential and is capable of doing significantly more but should not get complacent.

"This notion that, we at every corner, we have to say we are the best and there is no body else like us. Well that is not true, first. There is lot of potential in India, we are capable of doing significantly more over the years to come.

"Let us be confident, we can do it. Let us do it. But let us boast only after we have achieved it. Let us not be overly complacent before that," he said at an event here to launch his book.

Rajan said he faced awkward questions in Beijing recently on India lagging behind China in terms of GDP growth rate for the second quarter in a row.

India's GDP growth slowed to 5.7 per cent in April-June quarter, down from 6.1 per cent in the preceding three-month period. China clocked 6.5 per cent growth rate in both the quarters.

Replying to a question on demonetisation, Rajan said "the jury in terms of data is still out".

"We still have to wait for the full evolution of data to understand what exactly the cost and benefits have been. It may be that we never know because we do not measure some of the areas where demonetisation had impact because those were part of informal economy," said Rajan, currently professor of finance at the University of Chicago.

He, however, said the cost of demonetisation has been quite substantial.

"What (the impact) is because of demonetisation, what is because of banking sector stress, what is because of anticipation of GST...All three are happening at the same time. So I don't think you can pinpoint and say exactly this much but analysts have made an estimate -- 1 per cent and 2 per cent of GDP in terms of the growth cost," said the former RBI Governor.

Rajan also said that he worked under two governments and there was absolutely no interference.

"I had very cordial relations with both the governments, kept them informed and essentially had government support all along the way," he added. (PTI)