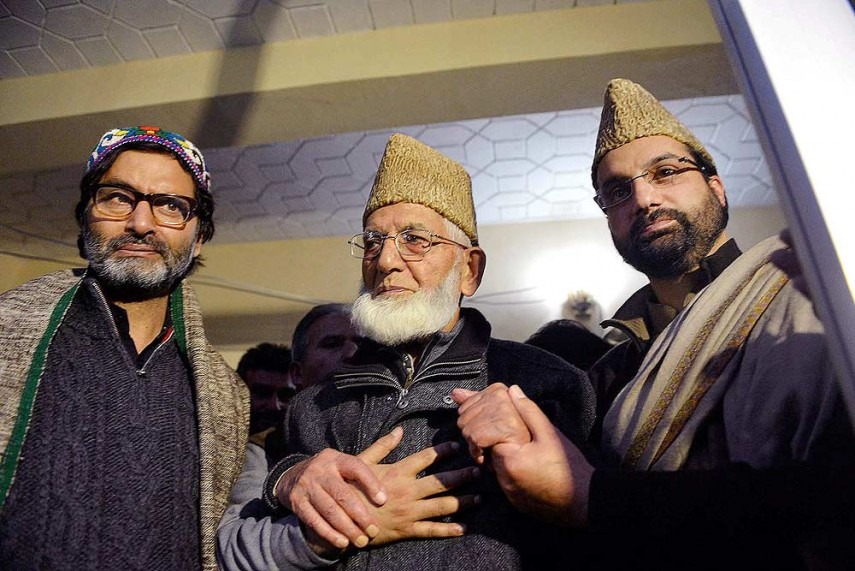 Kashmiri separatist leaders today hit back at RSS chief Mohan Bhagwat over his remarks demanding "necessary" constitutional amendments for the people of Jammu and Kashmir to be "completely assimilated" with the rest of the country.

In a statement, Geelani said, "The RSS chief and all those affiliated with ruling parties both in the state and New Delhi, through their unwise statements....All these steps and their attempts illustrate that India does not want to resolve the Kashmir issue through political means."

A spokesman of the moderate Hurriyat Conference led by Mirwaiz Umar Farooq said in a statement here, "Baghwat should go through the history and he will come to know that Kashmir is a dispute acknowledged by the world's highest forum UN (United Nations)."

Jammu Kashmir Liberation Front (JKLF) chief Yasin Malik, in a separate statement, said that "Bhagwat should think of India which is getting closer to disintegration" because of the "anti-minority policies" of the RSS.

In his more than an hour-long address on Vijayadashmi, which is also the Hindutva organisation's foundation day, yesterday, demanded "necessary" constitutional amendments for the people of Jammu and Kashmir to be "completely assimilated" with the rest of the country and batted for the rights of Hindu refugees in the state.

"Then and then only, the residents of Jammu and Kashmir can be completely assimilated with rest of Bharat and their equal cooperation and share will be possible in the national progress," Bhagwat said at the RSS headquarters in Nagpur in Maharashtra.

Though Bhagwat did not mention it, but the Rashtriya Swayamsevak Sangh (RSS) and the BJP have long demanded abrogation of the Article 370, which grants special status to Jammu and Kashmir.

The Supreme Court is also hearing a plea demanding repeal of Article 35A, which allows the state legislature to define "permanent residents". Hindutva organisations have called it discriminatory.