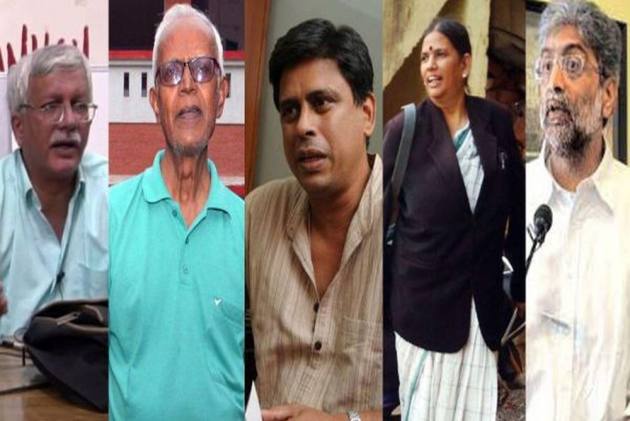 The Supreme Court on Thursday reserved its verdict on a plea by historian Romila Thapar and others seeking the immediate release of five rights activists in connection with the Koregaon-Bhima violence case and an SIT probe into their arrest.

The bench, also comprising Justices A M Khaniwlkar and D Y Chandrachud, asked the Maharashtra police to file their case diary pertaining to the ongoing investigation in the case by September 24. It also asked the parties to file their written submissions by then.

The five activists --Varavara Rao, Arun Ferreira, Vernon Gonsalves, Sudha Bharadwaj and Gautam Navlakha-- are under arrest at their respective homes since August 29.

The plea by Thapar and economists Prabhat Patnaik and Devaki Jain, sociology professor Satish Deshpande and human rights lawyer Maja Daruwala has sought an independent probe into the arrests and the immediate release of the five activists.

The Maharashtra police had arrested the rights activists on August 28 in connection with an FIR lodged following a conclave -- 'Elgaar Parishad' -- held on December 31 last year that had later triggered violence at Koregaon-Bhima village.

Senior advocate Anand Grover, Ashwini Kumar and advocate Prashant Bhushan also alleged that the entire case was cooked up and adequate safeguards should be provided to protect the liberty of five activists.

The apex court had earlier said that it may order an SIT probe if it found that the evidence has been "cooked up".