The violence had occurred at an event to mark the 200th anniversary of the battle of Bhima Koregaon in which the British Army comprising Dalits had defeated the Peshwas. 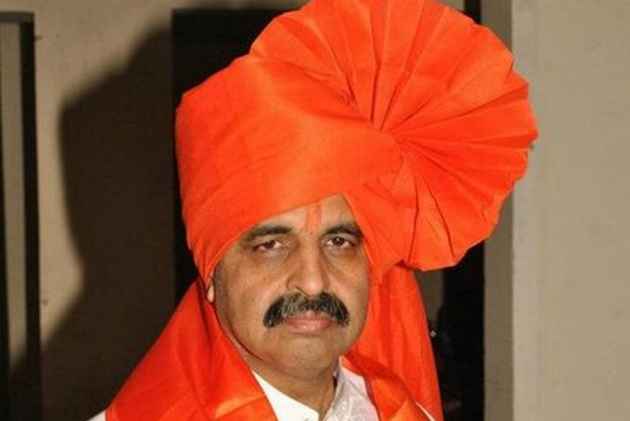 Police today booked leaders of two right-wing organisations in connection with an alleged attack on a woman by members of their outfits when she was returning after visiting the war memorial in violence-hit Bhima Koregaon village on Monday.

According to police, the woman alleged that the entire attack and arson was orchestrated by the two outfits.

Pimpri Police today filed a case against Milind Ekbote and Sambhaji Bhide who head Hindu Ekta Aghadi and Shivraj Pratishthan, respectively, and others under SC/ST Prevention of Atrocities Act and under various sections of the IPC including attempt to murder.

Both Ekbote and Bhide have been in news before too.

A hindutva activist who shares a picture with Prime Minister Narendra Modi from his 2014 campaign, 85-year-old Sambhaji Bhide is held in great reverance by many including Shiv Sena chief Uddhav Thackeray. A former physics professor, he drifted to politics and formed his own outfit Shivraj Pratishthan.

According to the Mumbai Mirror, Bhide's staunch followers were behind the protests against the release of Jodha Akbar, vandalising cinema halls and creating ruckus.

56-year-old Milind Ekbote had worked as a BJP corporator in Pune  between 1997 and 2002 and, according to the Mumbai Mirror report, had come to fisticuffs with a Muslim corporator over the construction of Haj house.

He reportedly has 12 cases of rioting, trespassing, criminal intimidation, and attempts to spread enmity between two communities against him and has been convicted in five of these cases.  His entire family is associated with the RSS and after losing the corporation election in 2007, he formed the Hindu Ekta Manch.  The outfit has been at the forefront of anti-valentine's day protests.

Nevertheless, both Ekbote and Bhide enjoy a massive following.  They allegedly orchestrated the violence at Bhima Koregaon which led to the killing of one person.

The violence had occurred at an event to mark the 200th anniversary of the battle of Bhima Koregaon in which the British Army comprising Dalits had defeated the Peshwas.

A large section of Dalits view the historical battle as the defeat of the 'casteism' of upper-caste Peshwas.

A case was registered against Ekbote, Bhide, and others, under the SC/ST Prevention of Atrocities Act, Arms Act, 307 (attempt to murder) of IPC and rioting," said Police inspector Vivek Mugalikar.

The duo were booked after one Anita Savle approached the Pimpri police alleging that she and her friend were attacked by a group of people near Vadhu village adjacent to Bhima Koregaon. She alleged that the entire attack and arson was orchestrated by the duo.

Mugalikar said the case has been registered under '0' provision and will be transferred to Shikrapur police station.

According to the complaint, she and her female friend were attacked near Vadhu village by a group of people when they were returning after visiting the war memorial in Bhima Koregaon village.

She alleged that the attack was orchestrated by Ekbote and Bhide's outfits, the officer said quoting the complaint.

When contacted, Ekbote said some organisations were defaming his outfit by taking advantage of the entire situation.

He said he was receiving threatening calls.

"I condemn the entire incident which was unfortunate. I seek police investigation as well as action against those who are creating a rift in the society and those who are spreading rumours," he said.

Ekbote claimed that his outfit had a large number of Dalit youths.

Bhide, a staunch Hindutva leader, had a huge following in western Maharashtra.

In June, 2017, Pune Police registered a case against Bhide and his followers for allegedly obstructing the annual 'waari' procession.

At an election rally in Sangli district in October 2014, Prime Minister Narendra Modi had said he had come to seek blessings of 'Bhide Guruji' who had been an inspiration during the early days of his life.