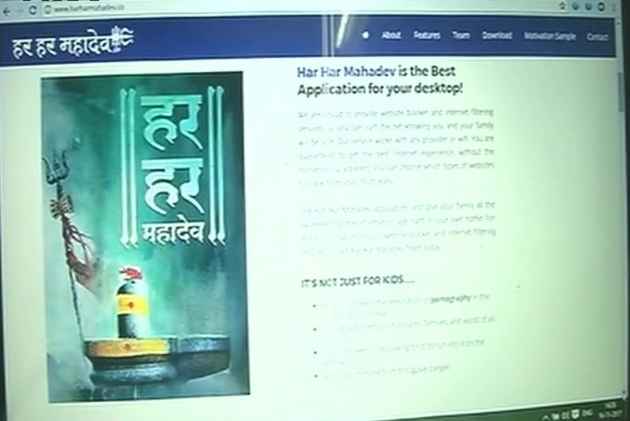 As a measure to curb cases of rape and molestation in the country, a neurologist at the Institute of Medical Sciences of Banaras Hindu University (IMS-BHU) developed a 'sanskaari' application called 'Har Har Mahadev', which blocks pornographic sites.

BHU professor Dr Vijaynath Mishra said downloading the app is a “voluntary” gesture.  But the question is why would someone install the app if that person intents to visit a  pornographic site?

This measure has been taken up to do away with the onslaught of trash and misinformation on the internet.

This application is available on both mobile and desktop.

Prof Mishra told ANI on Thursday, "By next month, we will give a religion option. For example, if a Muslim tries to open then 'Allah o Akbar' will be played, similarly chants of other religion will be loaded as well".

"When I first developed this app I had my patients, my children and my students in mind, but now I think this should be made available to the whole world," he said.

Meanwhile, the Medical Superintendent of BHU, OP Upadhyay, told ANI, "This is a very good step; it will help curb the corrupt mentality that has spread in society. This is the land of Madan Mohan Malviya, we adhere to dignity."

Presently, only Hindu devotional songs have been introduced.

The professor has made the app in his personal capacity.