What will be Delhi's stand when pressure starts mounting on Netanyahu for denying a Palestinian state to resolve the West Asian crisis? 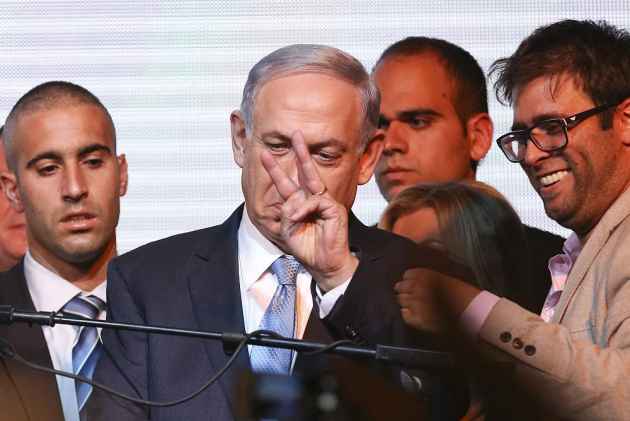 Benjamin Netanyahu's victory in the Israeli elections has surprised friends and foes alike. Till a few weeks back most observers and commentators had expected him to suffer a humiliating defeat. But with his Likud Party winning 30 of the 120 seats in the Knesset (Israeli parliament) after all the results were declared, Netanyahu is now likely to be re-elected as the country's Prime Minister. If that happens, Netanyahu will become the longest serving Prime Minister in Israel's history.

Many commentators, however, feel, he won an "ugly" victory which is likely to harm him, his party and Israel as a whole, in the coming days.

During the election campaign most surveys had predicted a drubbing for Netanyahu. But by using the security issue and promising that there will be no Palestinian state if he comes back to power, he has created a situation where most of his international backers will find it difficult to support him.

This will be particularly difficult for the United States, a country which has bailed out Israel on numerous occasions from international pressure and condemnation. However, the US is also committed to a two-nation formula between Israel and Palestine as the best solution to resolve the decade old problem in West Asia.

For India too, this will create serious problems. The Narendra Modi government had so far not shifted from India's stated position on West Asia by doing anything to dilute the country's support for the Palestinians. India is also a strong votary for the existence of a Palestinian state, living and thriving peacefully beside Israel. However, since coming to power it has expressed its desire to strengthen Indo-Israeli ties further. It, therefore, remains to be seen what Delhi's stand will be when pressure starts mounting on Netanyahu for denying a Palestinian state to resolve the West Asian crisis.

Netanyahu's decision to raise the scare-scenario to win back votes especially helped in getting back support from far-right-winger Naftali Bennett's Habayit Hayeudi Party that rallied behind Likud. Bennett ended up winning zero seats but observers felt that it could have won many more reducing the Likud numbers to the margins if Netanyahu had not succeeded in adopting the extreme hardline position on the Israel-Palestine conflict to return to power.

The Zionist Union (former Labour), the main challenger to Netanyahu, ended up with 24 seats, while the Joint List, a coalition of Arab parties got the third position with 14 seats, while the remaining were taken up by various other smaller religious and other hardline parties.

Though the Likud can only form the government with the help of others, it is not clear yet whether the Zionist Union will join the Joint List in staying away from the government or end up helping Netanyahu run the country.

In 2009, Netanyahu, while garnering support to "give peace a chance", had strongly supported a Palestinian state beside Israel to end the decade old violence and confrontation between the two sides. But realising that he could only win if he managed to garner support from the extreme right-wing fringes in Israel, he campaigned hard against a Palestine state, in addition to redoubling his effort to intensify the Jewish settlement in East Jerusalem.

Observers feel that this has put Netanyahu in a very tight spot from where he will find it extremely difficult to get out. If he tries to shift from that position and dilute his stand against a Palestine state he will allow the hardliners and right-wingers to abandon the Likud and move to Bennett's outfit or other similar organisations. On the other hand, if he sticks to his stand, he is likely to face mounting international pressure and create a situation that could shift the support from many more countries towards the Palestinians.

For now, India may not be under any pressure to take a stand on the issue. But in the coming days, when international pressure starts mounting on Israel, especially with the tacit support of the Barack Obama Administration, then the Modi government in Delhi may find it exceedingly difficult not to clarify its position on where it stands on the Israel-Palestine issue.