Raut, who is the executive editor of Saamana, met the two Congress leaders last week in New Delhi. 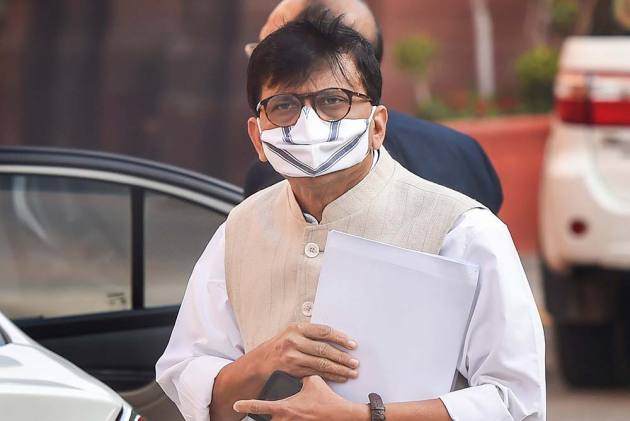 Shiv Sena MP Sanjay Raut on Sunday said Congress leaders Rahul Gandhi and Priyanka Gandhi Vadra have a big challenge before them of reviving their party.

In his weekly column 'Rohkthok' in the Sena mouthpiece Saamana, Raut, whose party shares power with the Congress and NCP in Maharashtra, said the Gandhi siblings should take inspiration from Lokmanya Tilak, who had transformed the Congress into a weapon of political revolution.

Raut, who is the executive editor of Saamana, met the two Congress leaders last week in New Delhi. He said during their meeting, Rahul Gandhi told him the system of creating and building leaders has stopped in the Congress and that the latter never disrespected senior party leaders.

Raut quoted Gandhi as saying that he had requested senior leader Ghulam Nabi Azad to take charge of the Congress' Jammu & Kashmir unit after his Rajya Sabha term expired, but the latter refused. "He can become the chief minister again after elections. But, he refused saying the Congress didn't exist there. Azad ji has been the chief minister there and he thinks the Congress doesn't exist there,'' Raut said quoting Rahul Gandhi.

The Sena leader further mentioned that when he pointed out during the conversation that Azad was holding public meetings in Kashmir, Gandhi said "Yes...the reasons behind that could be different". The former Congress president said the party had given a lot to its elder leaders. They are taking a different stand when the party needs them. "What can I do?" Raut said attributing the comments to Rahul Gandhi.

Raut in his column described Rahul Gandhi and Priyanka Gandhi Vadra as different personalities whose styles of functioning were also very different, but said there was a unanimity between them. ' 'Both have a big challenge of reviving the Congress,'' the Rajya Sabha member said. "If you expect a quick stand from her (Priyanka Gandhi) in any political discussion...she says she will have to discuss with her brother," Raut said, adding that the discussions between him and Priyanka Gandhi were related to various issues, including those pertaining to the forthcoming Goa and Uttar Pradesh Assembly elections as well as national politics.

The Sena leader said when he raised the issue of MVA leaders in Maharashtra being targeted using central agencies, Priyanka Gandhi said her family was also facing a similar situation.
He quoted her as saying that when she went to Lakhimpur Kheri (after the alleged killing of some farmers a few months back), her husband got "69 notices from the Income Tax (department) in one day".

Singh was told implement promises made to the people, but the response was cold, Raut said quoting the former Congress chief. Further quoting Gandhi from their conversation, Raut said, "He (Singh) was told to do something or else the party will have to take action. The party seniors stood by Singh and told me not to take a stern action against him. If Singh wasn't changed as the CM, the party would have been finished in Punjab."

The Congress leader also told that even if West Bengal Chief Minister Mamata Banerjee criticises him or the Congress, he will not react to it, Raut said. Notably, Banerjee during her recent Mumbai visit took a veiled dig at Gandhi, saying one cannot be abroad most of the time.