'Bigg Boss OTT' actress Ridhima Pandit took to Instagram to share some snaps from her recent photoshoot. The pictures have gone viral all over social media. 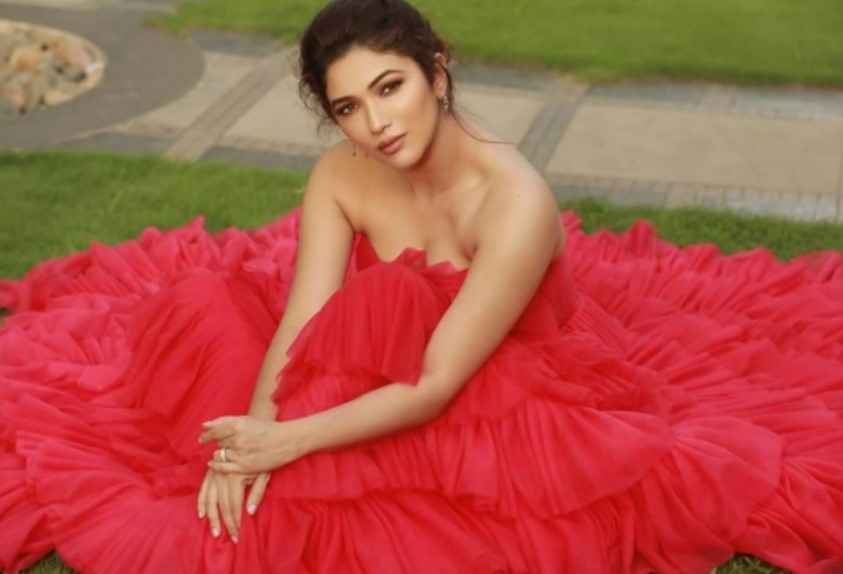 Last seen in the OTT edition of 'Bigg Boss', the actress has had a massive makeover of sorts over the years. Famous as Robot bahu from 'Bahu Hamari Rajni Kant', Pandit made quite a few appearances post her brief stint in 'Bigg Boss' & also made her debut in the world of music videos.

The actress has been working and often papped outside her gym and been experimenting with her looks. Check out a few of her photos from recent shoots.

The actress can be seen sporting a lavender satin top and full-length jeans completing her look with a funky bun and gold earrings. Furthermore, Pandit topped her look with some classy-looking silver rings and smokey eye makeup.

The actress added some sass to the photoshoot by draping herself in a white sheet and posing while laying down. She credited her makeup person, hairstylist, and photographer.

Her first post gained more than 25,000 likes with fans and well-wishers writing adorable comments on her post.