Dozens of villages have been inundated that have forced people to flee their homes and seek shelter at safer places, a disaster management official said. 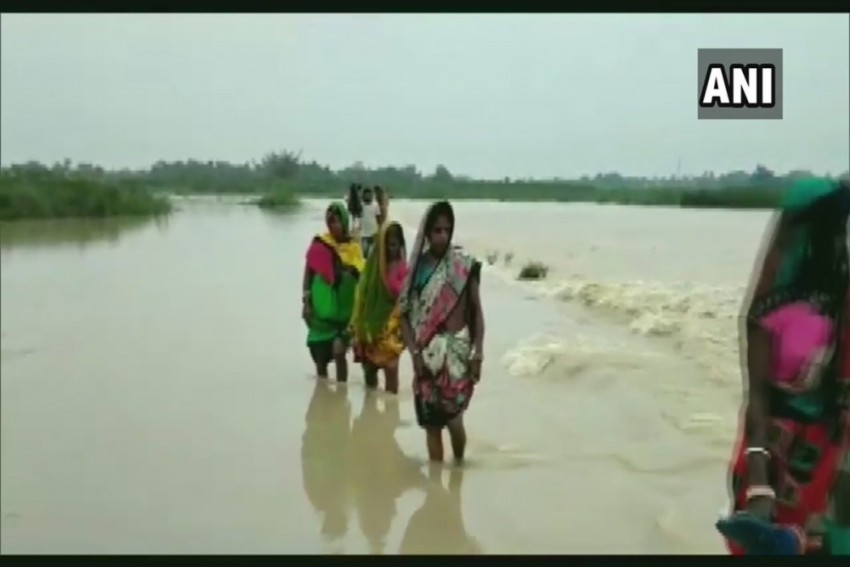 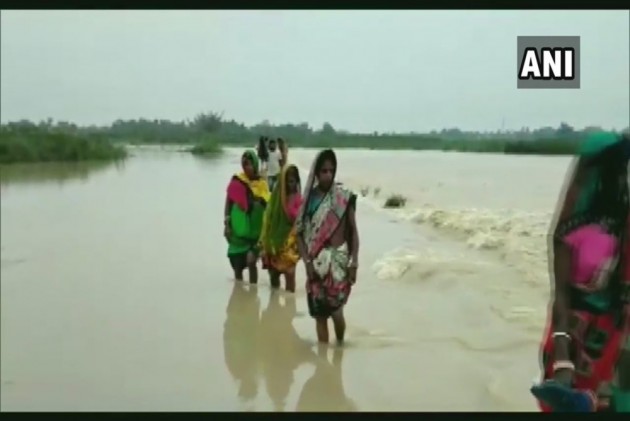 The flood situation in Bihar continued to remain grim on Tuesday with over 2.5 million people affected by it across the 12 districts of the state, officials said.

In the last 24 hours, all the major rivers were flowing above the danger level, leading to embankment breaches.

There were reports of fresh floods in three new districts of Saharsa, Katihar and Purnea.

Dozens of villages have been inundated that have forced people to flee their homes and seek shelter at safer places, a disaster management official said.

In the worst-hit Sitamarhi and Araria districts, roads have also been damaged.

The floods were caused by heavy rain in north Bihar and the catchment areas of major rivers in neighbouring Nepal.

Chief Minister Nitish Kumar carried out an aerial survey of the affected Seemanchal and Koshi region on Sunday and Monday.

Addressing the Bihar Assembly Kumar said, "25 people have died due to floods in the state so far. Relief and rescue operations are underway. To date, over 1 lakh flood-affected people are being put up at 200 relief camps, with 644 community kitchens providing food to the displaced people."

The grim flood situation in the state also prompted the Opposition to protests outside the state Assembly.

Meanwhile, Water Resources Department officials said the water level in rivers originating in Nepal was likely to decrease as rain in those areas have stopped.