A Mohali court on December 24 had dismissed the anticipatory bail plea of Majithia. 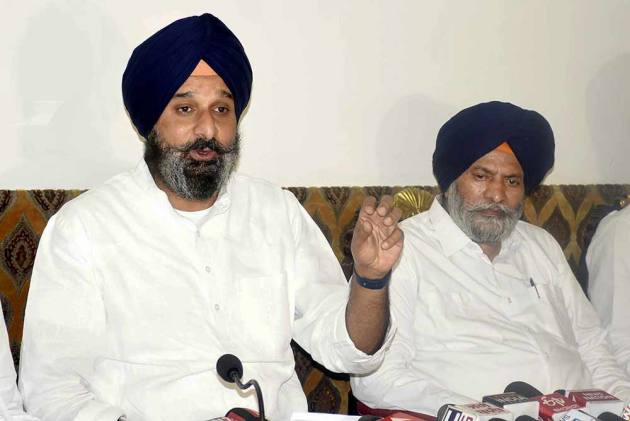 The plea, moved by Majithia's counsels Damanbir Singh Sobti and Arshdeep Singh Cheema, submitted that "to target the applicant/petitioner is one of the major election planks of the current government" led by the Congress in Punjab.

Last week, Majithia, 46, was booked under the Narcotic Drugs and Psychotropic Substances (NDPS) Act on the basis of a 2018 report of a probe into a drug racket in Punjab.

Majithia is the brother-in-law of Shiromani Akali Dal chief Sukhbir Singh Badal and brother of former Union minister Harsimrat Kaur Badal. Majithia had earlier denied all charges against him.

The Shiromani Akali Dal had called the registration of the FIR against Majithia as "political vendetta". The 49-page FIR was registered by the state Crime Branch at its Mohali police station.

In his bail plea, Majithia submitted that the Congress government had “left no stone unturned to misuse its powers and position for wreaking vengeance upon its political opponents".

In the run-up to the polls, witch-hunting of the political opponents has gone to its peak, according to the petition.

The petitioner pleaded that three DGPs and three Directors of Bureau of Investigation were changed and police officers have been coerced to falsely implicate the applicant.