BJP MP Ravindra Kushwaha said he was sure the Bill will be passed by the Lok Sabha but it was not clear if the other House will also okay it as the Bharatiya Janata Party does not have the numbers there. 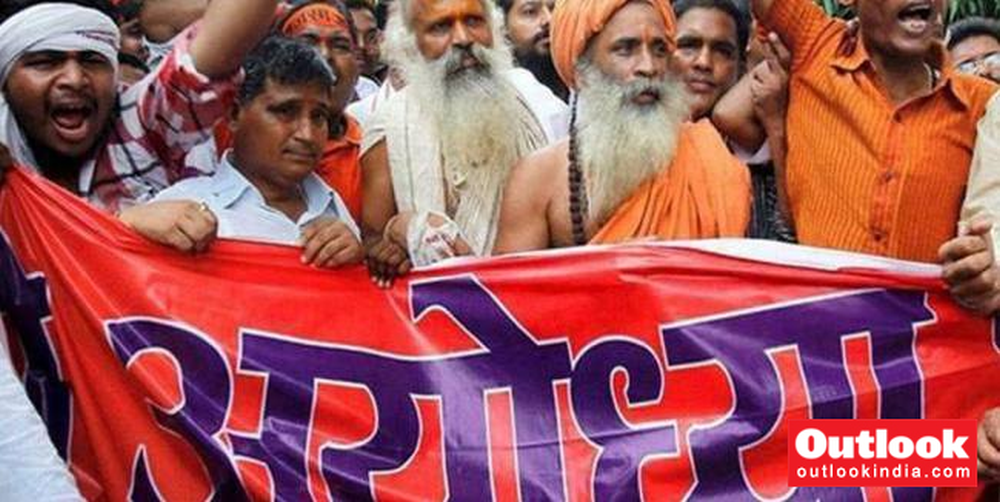 BJP MP Ravindra Kushwaha on Friday claimed a Bill allowing the construction of Ram temple in Ayodhya will be introduced in the coming session of Parliament and the Centre will bring an ordinance in case it falls in the Rajya Sabha.

The MP’s claim comes amid calls by Hindutva organisations for legislation to enable the construction of the temple at the disputed site even while the matter is pending before the Supreme Court.

"The Bill for Ram temple construction will definitely be tabled in the coming winter session of Parliament, beginning December 11,” the BJP MP from Salempur told reporters.

Supreme Court Is Ours, Ram Mandir Will Be Built: UP BJP Minister

“But if it fails to get passed by the Rajya Sabha, an ordinance will be brought for the purpose," Kushwaha claimed. He said when the Bill is discussed in Parliament, people will get to know which party is for the temple’s construction and which is against it.

The BJP MP said he was sure the Bill will be passed by the Lok Sabha but it was not clear if the other House will also okay it as the Bharatiya Janata Party does not have the numbers there.

Kushwaha said people felt that the court was serious when it decided to hold day-to-day hearing on were disappointed subsequently.

The Supreme Court has said it will decide the course of the hearings in the title suit only in January.

Kushwaha’s remarks come ahead of the `Dharma Sabha’ to be held on Sunday by the Vishwa Hindu Parishad in Ayodhya to press for the construction of a Ram temple there.