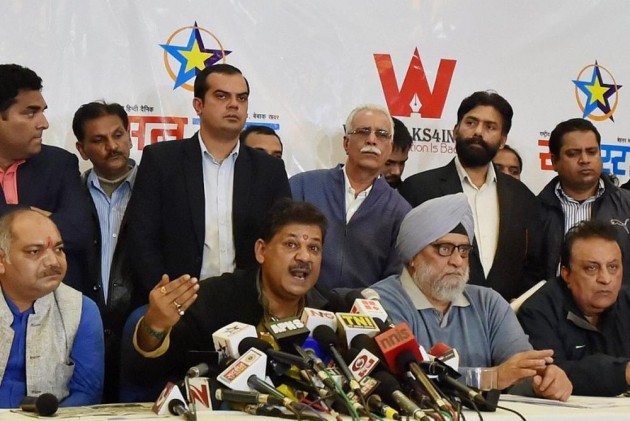 A first step has been taken towards constituting a cricketers’ association in Delhi, as per the recommendations of the Supreme Court-appointed Lodha Committee.
Over 50 cricketers and coaches of Delhi came together at Panchshila Club in New Delhi on Sunday and after deliberations decided to project former India Test player Kirti Azad as the proposed association’s president. The gathering also decided to form a 16-member committee of volunteers to take up issues relating to welfare of former cricketers. The name of the new body will be Delhi Cricket Players’ Association (DCPA).
It was decided to seek the indulgence of Retired Justice Vikramajit Sen, the Delhi High Court-appointed administrator of the Delhi and District Cricket Association (DDCA). Sen has been entrusted with the task of implementing the reforms as recommended by the Lodha Committee and hold elections which have pending at the DDCA for a long while. The last election was held in December 2013.
The DCPA would request Sen to constitute a Steering Committee of “neutral and respected people” who would organise elections to formally constitute the proposed cricketers’ association.
The office-bearers of the National Capital Territory Cricket Association (NCTCA), which organised Sunday’s gathering, have already had a meeting with Sen. The NCTCA representatives who met Sen included former India captain Bishan Singh Bedi.
It, however, remains to be seen how Sen takes the initiative by the NCTCA, which is a first-time effort as far as the formation of a players’ association is concerned. There is a section of Delhi cricketers that has so far not heeded to the call of Bedi and others to join hands in forming the association.
The NCTCA was first constituted in 1998, with Kirti Azad being appointed its president. But it gradually disappeared from the horizon and was revived in June 2013, when it sought resignation of then DDCA president Arun Jaitley for alleged “unethical and immoral activities” happening in the association under his stewardship.
Some people in Delhi's cricket circles feel that NCTCA was revived for a specific purpose and maybe that is the reason why not all the cricketers have so far joined forces with Bedi & Co. However, Sen will take the final call on the formation of the players’ body.
Also, hardly any current cricketer of repute has come forward to openly join the NCTCA movement, though retired Virender Sehwag lent strength to one such gathering, attended by Bedi and Kirti Azad among other players, a few months ago at Panchshila Club.
As per the Lodha Committee recommendations, which have been accepted by the Supreme Court, players’ associations will have to be formed both in the state and at the BCCI.
On Sunday, a 16-member committee of volunteers was constituted to discuss and address a variety of issues related to former cricketers. The members: Sunita Tomar, Anjum Chopra, Rajni Sharma, Khyati Gulani, Krishna Bhaskar Pillai, Gautam Vadehra, Robin Singh (Jr), Ajay Sharma, Manoj Prabhakar, Gursharan Singh, Madan Lal, Rajiv Vinayak, Bantu Singh, Ajay Jadeja, Mukesh Diwan, and Atul Wassan.
Aside from Bedi and Kirti Azad, those who attended Sunday’s gathering were former cricketers Surinder Khanna, Akash Lal and Gurcharan Singh, besides well-known coach Shravan Kumar and DDCA member Sameer Bahadur, who has been working with the group for a few years seeking reforms and accountability within the DDCA.