Bitcoin Value Jumps 15 Times In A Year, For Which Bank FD May Take 40 Years, Mutual Funds 20

With 16.72 million Bitcoin in circulation out of the maximum supply of 21 million, it has already sucked in quite a bit of public money. 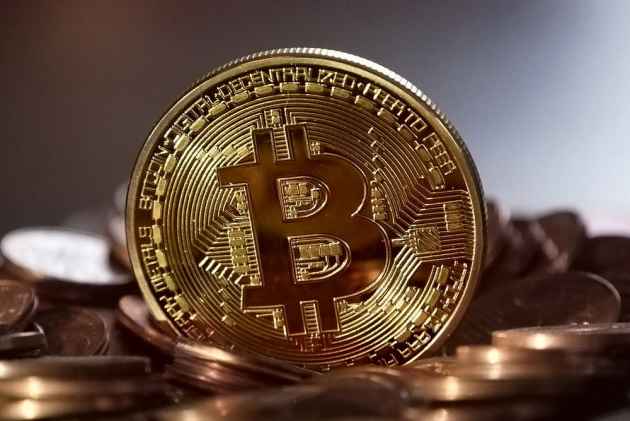 Bitcoin (BTC) is the world's coolest 'currency' that nobody uses that much, yet its value has jumped 15 times in less than 12 months. Just for perspective, your ordinary bank fixed deposit will take 40 years to do so, stock market focussed mutual funds have taken about two decades while some stocks have done it in 10 years. Though Bitcoin has slipped to $14000 levels within 24 hours after hitting a high of $17900, its enthusiasts are convinced this is just a blip in the story.

Plain-and-simple raw greed, the fear of missing out on a lucrative opportunity, and a near gravity-defying climb have created a tsunami of real demand in the minuscule Bitcoin pond leading to waves shaking the very foundation of the fiat money world. With more number of people taking nibbles at this digital currency, understanding and securing the safety of this 'money alternative' is very important. Because in a fight with no rules, it's impossible to declare the winner.

The current value of one single Bitcoin is over Rs 11 lakh (at 11.55 PM on Dec. 9) or easily the costliest real estate anywhere in the whole wide world. This system amazingly neither works with a central bank, nor has a single administrator. Like a deserted island where the price of the last piece of bread is driven by incredible demand, Bitcoin's stunning ascent is a tale in itself that has captivated the mind-space of the digital natives. Since payments in Bitcoin can be made without banks and that too anonymously, it is also popular with criminals and others who want to handle money anonymously. It’s also adopted by businesses around the world as a way to pay, but those are few and far between. Ironically, Bitcoin was never designed as an investment avenue but has surprisingly become that meaty money-spinner that everyone wants a piece of.

We see ominous dark clouds in Bitcoin, but others see rain. Speculators in the Bitcoin ring do not seem to mind that this digital currency born in 2009 is not recognized by financial regulators of most developing and developed nations. They care two hoots about warnings, and whether Bitcoin is legal or not. They surely don't even know that each Bitcoin transaction requires the same amount of energy used to power 9-10 homes for one day. They are riding a tiger, not knowing how to get off without being eaten --- if one were to use the words erstwhile Satyam Computer Services chairman B. Ramalinga Raju chose in his resignation letter confessing to fraud amounting to over Rs 8000 crore. Don't worry, Bitcoin is not a scam, at least not yet.

For many, Bitcoin is the equivalent of savior Christ in a world where governments are reeling with debt up to their noses, where companies are going turtle with amazing alacrity and where there is no guarantee. Paper currencies by themselves do not carry any value; their value is because of the belief that the bearer of the currency will get the equivalent price every single time. In the 2003 American heist film, there is a famous dialogue: "...in a world where NAFTA can overturn the Supreme Court, not to mention Microsoft's nefarious financial machinations, this, is our only refuge; gold." If this movie was made today, Bitcoin could have replaced the word 'gold'. Because for many, Bitcoin today is a credible store of value, just like gold.

Bitcoin's shroud of secrecy has proved to be magnetic. Nobody knows who invented it exactly. Bitcoin advocates swear that no one controls it, and it is this 'independence' that enthralls audiences often chained to their jobs for filthy lucre. For you and me, Bitcoins are non-existent to the naked eye for Bitcoins aren’t printed, like rupees or dollars. They are just a reward for solving increasingly complex mathematical problems, a job being done using a vast array of computers. While Bitcoin's real disruptive quality is that it can be traded in a network where transactions take place between users directly without an intermediary, it is the rise in Bitcoin value over the years that has attracted disproportionate attention. In 2013, a Bitcoin was valued at $130 or about Rs 7800. The price has galloped over 100 times to $14000 in 4 years!

The growing interest and volumes have led to the proliferation of online platforms that allow buying and selling of Bitcoins. While your real estate broker has a face, these platforms have a digital address and are built for a generation that is comfortable with screens. These platforms are where you trade in Bitcoins. But be warned that these platforms have no control over the generation, distribution, retention (except in its wallets) or termination of cryptocurrencies including Bitcoins. Presently in India, virtual currencies including Bitcoins, as a medium for payment are not authorized by any central bank or monetary authority of India. The Reserve Bank of India (RBI) has issued two circulars in 2013 and again in 2017, cautioning users regarding the risks involved with respect to virtual currency.

Any platform that allows you to buy or sell Bitcoins makes the users give a nod to agreements that explicitly mention that the platform is not responsible or liable for disruption or cessation of services due either to regulatory, governmental or judicial actions and technical issues. Simply put, these platforms are not liable for any damage caused by any performance, error, defect, delay in transmission or operations, computer virus, and unauthorized access to the personal accounts. It's you, as a user, who has to bear all the risks because there is no guarantee of returns from any investment or transaction. Users will also have to all liabilities towards taxes, as applicable. The level of taxation depends on individual circumstances and such levels and bases of taxation can change.

There is also the risk of loss of confidence in Bitcoin trading, a situation which would collapse the demand relative to the supply. For instance, the confidence might plunge in Bitcoin because of unexpected changes imposed by the software developers. Confidence might also go down if the anonymity of the system is compromised like what happened when Japan's Mt. Gox Bitcoin exchange failed. Cryptocurrencies being a digital asset are subject to known and unknown risks, malicious attacks and inadvertent losses. Bitcoin value nosedived by 50% between Dec 3 and Dec 18 in 2013 as the Mt. Gox, then the world's leading bitcoin exchange, reported approximately 850,000 bitcoins belonging to customers and the company were missing and likely stolen.

We don't know whether Bitcoin is a bubble or not. It is a job best left to time. At the moment, Bitcoins worth billions of dollars are floating around the world. With 16.72 million BTC in circulation out of the maximum supply of 21 million BTC, it has already sucked in quite a bit of public money. If governments and financial regulators indeed do not like this 'money alternative', they should swiftly move in and declare it illegal. In case, they want to keep it, honour the system and safeguard the belief of thousands of gullible investors who have invested money into Bitcoin. The more the delay, the greater are the chances of this tiger turning rogue.

(The writer is a journalist covering personal finance)