A day ahead of the Rajya Sabha deputy chairman election, PM Modi called Patnaik and there was little doubt that the “phone-a-friend diplomacy” had worked. 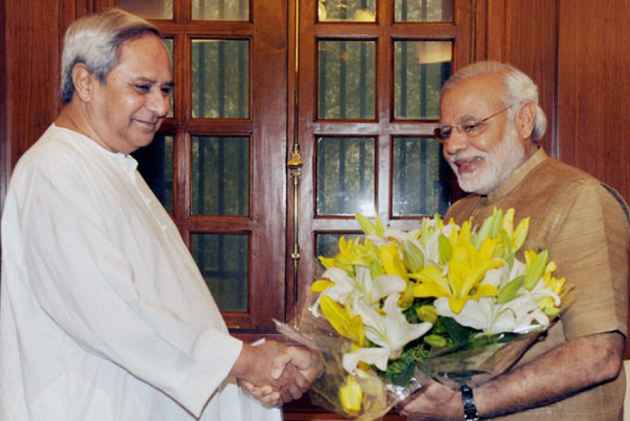 Naveen Patnaik never ceases to surprise. Just when it seemed Odisha’s regional satrap—the chief minister since 2000—will face a strong challenge from the BJP in assembly elections due next year in his state, Patnaik has gone out of the way to befriend the same enemy.

So what’s next? Will it be a walkover for Patnaik in the 2019 polls? Or, a friendly contest in Odisha?

Tongues will certainly wag following Thursday’s vote for the election to the post of the Rajya Sabha deputy chairman, which the NDA’s Harivansh Narayan Singh won. Burying their differences and animosity in Odisha, parliamentarians of Patnaik’s Biju Janata Dal voted in favour of the Narendra Modi-led NDA. A day earlier, Modi called Patnaik and there was little doubt that the “phone-a-friend diplomacy” had worked.

Diplomatic as always, Patnaik will never acknowledge that his men voted for either Modi or the BJP. Instead, he will keep insisting that the vote was for a candidate who belonged to Bihar chief minister Nitish Kumar’s Janata Dal (United). But whatever the cleverly crafted explanations and excuses may be, the pattern is becoming too obvious to be a secret.

When Parliament voted on a no-confidence motion against Modi last month, Patnaik and his party had abstained. As always, the BJD offered some alibi. But there was no mistaking that its abstention definitely worked to the BJP’s advantage.

The BJD’s parliamentary manoeuvrings is testament to Patnaik’s unmatched status as a master strategist. Faced with accumulated anti-incumbency, Patnaik was finding the going tough with an ambitious BJP threatening to go all out and unseat him. Whether the BJP had the prowess to unseat him is a subject of speculation. But unwilling to leave his lot to chance, Patnaik appears to be have fallen back on the motto that discretion is the better part of valour.

His latest phone conversation with Modi is stated to be the third in a month. Media reports suggest Patnaik’s sister, Gita, and her publisher-husband Sony Mehta had met the Prime Minister in July.

What transpired isn’t known. But the phone calls and the meeting have provided fodder to the rumour mills. If Patnaik, as it appears, has built bridges with the BJP top brass in Delhi, the saffron party’s foot soldiers in Odisha can do little. Their talk of ending Patnaik’s long rule by wresting 120 of the state’s 147 assembly seats could just be rendered empty rhetoric.

The question to naturally ask is what could have possibly led to the Patnaik-Modi thaw? One, though not faced with an existential crisis, Patnaik may have realised that it wasn’t worth risking a bruising electoral contest with a resurgent BJP.

Also, the BJP’s leadership possibly have felt that their chances of unseating Patnaik were unrealistic. Since Modi would need to have MPs supporting him from newer territories to make up for a possible decline in the BJP tally in states such as Uttar Pradesh and Bihar in 2019, the party could have cut a deal: they will not try to go full ballast to dislodge Patnaik and he, in return, would extend support if Modi ever falls short to retain the country’s top job.

If these are true, it would burnish Patnaik’s reputation as a cunning political operator. In 2009, he had sewn up an unlikely electoral alliance with the NCP by hijacking the outfit from his bete noire Bijoy Mohapatra. As the chief of the Odisha unit of the NCP, Mohapatra threatened to unseat Patnaik. The next day, Patnaik hijacked the party by striking a deal with its central leadership.

Robbed of his party, Mohapatra was left high and dry. The bonhomie between Patnaik and Modi could leave the Odisha leaders of the BJP in a no better state.