In his proposal, Das said that the reservation of seats for the OBC community had been removed by the state government from the panchayat and urban polls following the Supreme Court’s direction. 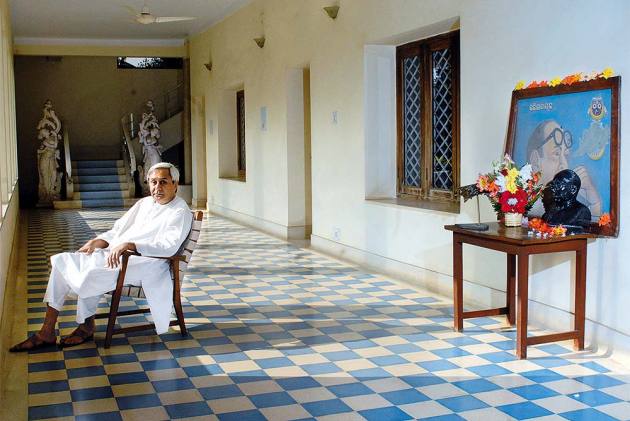 The ruling BJD in Odisha Saturday announced that it will nominate at least 40 per cent candidates from the Other Backward Caste (OBC) category for the approaching elections to panchayats and urban local bodies.

The decision was taken at the BJD executive committee meeting where the party’s organising secretary P P Das proposed a 40 per cent seat reservation for OBC candidates in panchayat and urban civic polls. The development came a day after Union Minister Dharmendra Pradhan had tweeted "The Odisha government’s announcement of giving preference to OBC candidates in the upcoming Panchayat polls is all but tokenism. The anti-OBC face of the Odisha government is evident from its lack of iron will in implementing the reservation, quota for OBCs in local body elections,”

The resolution got the approval of BJD president Naveen Patnaik at the meeting, held a day ahead of the party’s 25th Foundation Day, Das said. The Odisha High Court had issued a directive to the state government, citing two recent orders of the Supreme Court, about non-reservation of any seat for the OBC category. The High Court made it clear that no reservation can be provided to OBCs, known as BCCs (backward class citizens) in the state, in the rural polls.

Covid-19 India Update | Sharply Spike In Delhi, Mumbai But No Lockdown Yet

In his proposal, Das said that the reservation of seats for the OBC community had been removed by the state government from the panchayat and urban polls following the Supreme Court’s direction. As elections for the three-tier Panchayati Raj Institutions (PRIs) and Urban Local Bodies (ULBs) will be held next year, the BJD said it is committed to provide 40 per cent reservation for OBCs. As it is a national issue, the BJD has requested the Union government to take steps for ensuring the reservation of the OBC category in local body polls across the country.

Whatever measures are taken by the Centre, the BJD and the state government will accept it, an official statement released by the party said. The BJD also claimed that it was the first political party in the country to have reserved one-third of its party tickets for women during the Lok Sabha polls in 2019. The party said that the Supreme Court, on  December 6, had said that without setting up an OBC Commission and collating relevant empirical data to ascertain the extent of reservation required to be provided, it is not open for the State Election Commission to provide reservation for OBC category despite a statutory provision in that regard. On Thursday, Pradhan had said though the Odisha government’s petition in the Supreme Court for more than 50 per cent reservation is pending for long, it is a matter of concern that no steps had been taken to deal with the situation.