CM Bommai had on December 29 announced that his government will bring in a law aimed at freeing Hindu temples from different types of bylaws and rules that control them. 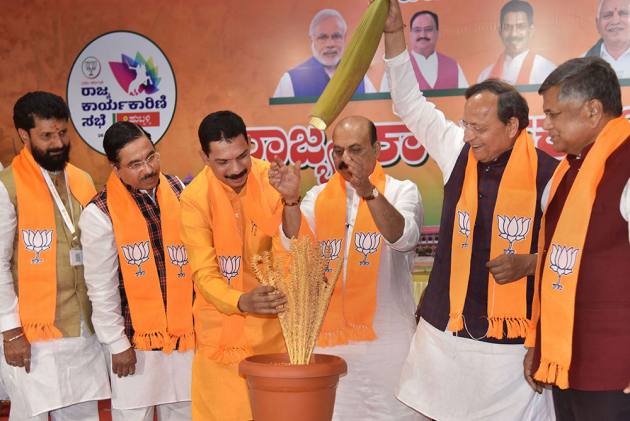 Bharatiya Janata Party  slammed Congress for their  opposition on Karnataka government's move to bring in a law to free temples from the state's control.

BJP national general secretary C T Ravi, who is party's Tamil Nadu, Maharashtra and Goa in charge, told reporters here that the Congress party does not have the mindset to address issues pertaining to the majority community. "All their stands are negative," he said.

On Chief Minister Basavaraj Bommai's announcement to introduce a bill in the next assembly session to free temples from the government control, the senior BJP leader said the Britishers in India took over the temples not because of the respect they had for the Gods, but for the income they generated. According to Ravi, a government eyeing the revenue of temples is against the spirit of freedom of the country.

Asking the Congress to review its performance in 2014 and 2019 Lok Sabha elections and also in the 2018 assembly poll, the BJP leader said if that did not open the eyes of Congress leaders then the people of the country will teach them a lesson.

As for alleged forcible conversions, he said his party will not allow it in the state."Our party will not tolerate hurting Hindu sentiments and encouraging forcible religious conversion in the name of secularism," Ravi warned. "Anyone erecting statues of Jesus Christ or Buddha is not a problem, but trouble starts when the Kapali Hill's name is changed," he added.

Bommai's  announcement came days after the state government passed a bill in the Karnataka assembly against the forced religious conversion. The bill has not been cleared yet in the upper house.