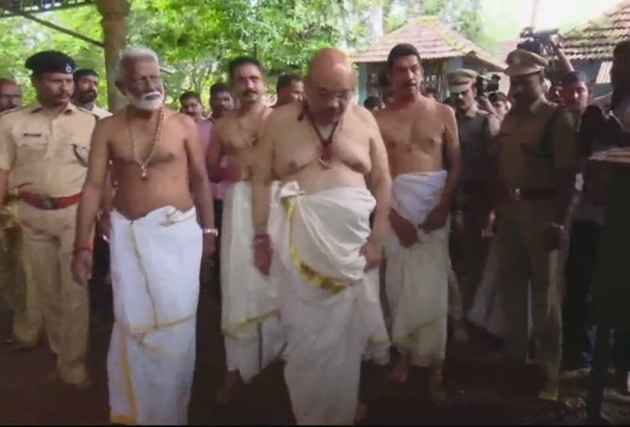 BJP President Amit Shah had to cut short his 'jan raksha yatra' in Kerala and and return to Delhi "for an emergency work."

Shah was supposed to meet intellectuals and state party leaders on Wednesday but had to cut short his much talked-about visit to return to Delhi on the same day, reported the Times Of India.

"All the programmes have been postponed since Shah had to return to Delhi for an emergency work," the report quoted district BJP president Sanjeeva Matandoor as saying.

The BJP chief had set off on a 15-day foot march on Tuesday to protest the CPI-M's alleged violence against workers of his party, which is trying to emerge as the main challenger to the Left in Kerala.

He was later joined by a large numbers of supporters as he walked over nine kilometres, blaming the ruling CPI(M) for "political murders" of BJP and RSS workers.

"More than 84 BJP and RSS workers have been killed in the district alone. I want to ask Pinarayi Vijayan...Who has killed them? If he does not have answers, then I am saying that the chief minister is responsible for the killings," he said.

He had also announced a 'padyatra' over the issue in other state capitals starting from Wednesday.

The Jan Raksha Yatra, held under the theme of 'All have to live! Against Jihadi-Red Terror', from Payyannur was supposed to travel through the state before ending in Thiruvananthapuram on October 17.