Sisodia also alleged that the saffron party has ties to the liquor mafia. In a statement, the deputy chief minister said the BJP has “age-old ties” with Delhi's liquor mafia and they were “looting” Rs 3,500 crore of people's money to fill their pockets. 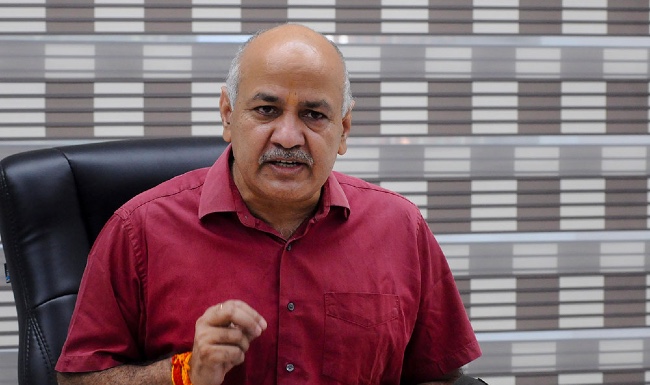 Delhi Deputy Chief Minister Manish Sisodia on Monday accused the BJP of “hooliganism” on city streets on the pretext of its “chakka jam” protest against the government's new excise policy.

“The BJP is committing hooliganism on the streets of Delhi, damaging public property because the source of their theft has been plugged. Public won't forgive them,” he said in the statement. The number of liquor shops in Delhi has not gone up, he said. In 2015, there were 850 liquor shops, and under the new excise policy, only 501 have opened till now, Sisodia said.

"The new excise policy of the Kejriwal government stopped revenue theft of over Rs 3,500 crores. Both the BJP and the liquor mafia were involved in this loot of Rs 3,500 crores. The BJP is surely feeling pain because their theft has been plugged," the deputy chief minister alleged.

He said the Kejriwal government is using this recovered revenue in public interest. The statement said the earlier system of allotment of shops was flawed. In several wards, there were 10 to 15 shops, and in some, none at all, it added. Where there was no liquor shop, the BJP and the mafia were running illegal liquor shops together, Sisodia claimed.

Not a single new liquor shop licence has been given under the new excise policy, the statement said. "Earlier, there were about 2,000 illegal liquor shops. While taking action on illegal liquor in Delhi, about seven lakh illicit liquor bottles were seized. Apart from this, 1,864 FIRs and 1,000 vehicles were confiscated," Sisodia said. He said the BJP was upset with the government's ban on the theft and that is why it was troubling the public.

"DTC buses bought with people's taxes are being vandalised. BJP workers are puncturing their tires. This shows the anti-people mentality of BJP. I strongly condemn the hooliganism that the BJP created on the streets of Delhi today," Sisodia claimed in the statement. Two crore people of Delhi are deeply saddened by the “violence by the BJP”, he added. Sisodia said people will never forgive the BJP for this shameful display.

Reacting to Sisodia's allegations, Delhi BJP spokesperson Praveen Shankar Kapoor said, “For the last 24 years, the BJP has been out of power in Delhi and so, even layman knows that BJP leaders had no powers to check or control liquor sale in Delhi, be it from the 650 government vends that were there selling liquor till few days back or by illicit liquor sellers.”