BJP Does Not Exist In Telangana, Say TRS And Congress

The BJP claims that the southern state is staring at a hung verdict, indicating that it will emerge as a kingmaker. 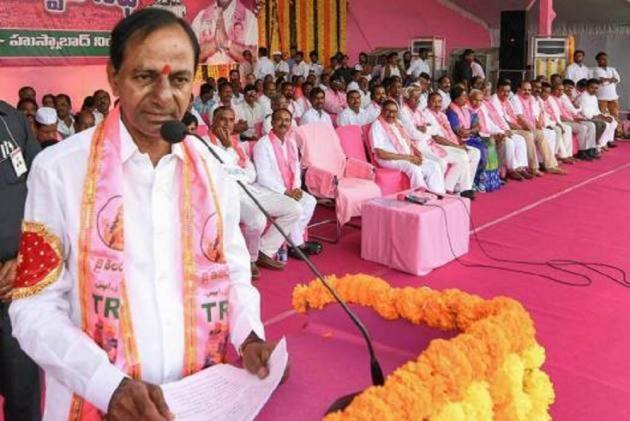 In poll-bound Telangana, the ruling TRS and the Congress-led opposition alliance claim that it is going to be a straight fight between them and that the BJP is not in the reckoning.

The saffron party, on the other hand, claims that the southern state is staring at a hung verdict, indicating that it will emerge as a kingmaker.

"They (BJP) had five seats (in the dissolved Assembly). They may get one or two this time," All India Congress Committee (AICC) in-charge of Telangana affairs R C Khuntia told PTI.

"The Congress is our main rival. The BJP does not exist in Telangana," he said.

Rama Rao claimed that the Bharatiya Janata Party (BJP) candidates would forfeit their deposits in more than 100 seats (of the 119 in the state) and "not even one MLA in the just-dissolved House will return".

TRS floor leader in the Lok Sabha A P Jithender Reddy said it would be "great" for the BJP if it succeeded in retaining its five seats and claimed that the Amit Shah-led party was even finding it difficult to get candidates for the December 7 polls.

Khuntia said the people of Telangana were looking at a contest between the Congress-led alliance and the TRS.

"There is no in-between. Neither the BJP nor the smaller parties can create confidence among the people that they can form the government. The fight is between the Congress-led alliance and the TRS," he added.

But the saffron party is looking at the scenario differently.

"We are being seen as an underdog. We are being rated far below our potential. We certainly think the BJP will produce a very surprising and positive result in Telangana," BJP national spokesperson GVL Narasimha Rao told PTI.

"What we are staring at is in all probability a hung kind of an Assembly and the BJP emerging as a decisive player," he said.

The BJP fought the 2014 Assembly polls in alliance with the Telugu Desam Party (TDP), winning five seats. This time, it is going it alone.

The 119-member Telangana Assembly will go to the polls on December 7 and the results will be announced on December 11.

The Congress is seeking to have an electoral understanding on various seats with Naidu's TDP, which was an ally of the ruling NDA, had walked out of the ruling alliance some time ago over the issue of the Centre not granting special status to Andhra Pradesh.

Naidu is now meeting various opposition leaders and is seeking to be a part of a united front of various parties to defeat the Bharatiya Janata Party (BJP).