The way (minister) Piyush Goyal defended him, it gives the impression that there's something wrong," he said. 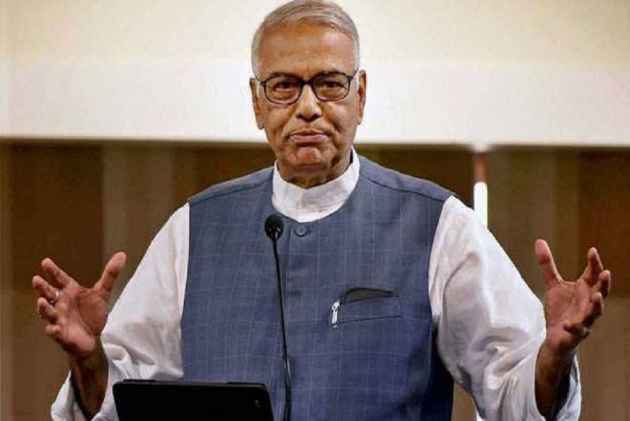 Senior Bharatiya Janta Party (BJP) leader and former finance minister Yashwant Sinha on Wednesday fired a fresh salvo at the party for its "lapses in handling" of Jay Shah's case.

Sinha, while talking to the media, also said that his party has lost "the moral high ground" by embroiling itself in the corruption scandal involving party chief's Amit Shah's entrepreneur son, reported NDTV.

Adding fuel to the issue, Sinha raised eyebrow over the way the loan was sanctioned to Jay Shah by the Power ministry. "The way (minister) Piyush Goyal defended him, it gives the impression that there's something wrong," he said.

He also questioned the unprecendented way in which Additional Solicitor Genral Tushar Mehta had been roped in to represent a proivate individual in court.

Jay Shah had recently filed a Rs 100 crore defamation suit against news website The Wire for reporting a massive increase in his companies' turnover after the BJP government came to power at the Centre in 2014. It also stated how the government and private companies sanctioned him huge amount of loans. BJP has denied all the allegations.

"The government should order an inquiry because too many government departments are involved," he was quoted as saying. "The BJP has lost the high moral ground of zero tolerance on corruption," he added.

Sinha had, last month, openly lambasted the economic policies of the current government calling the major decisions like GST rollout and demonetisation an "unmitigated economic disasters".

Calling Jaitley a “lucky Finance Minister”, luckier than any post-1992, Sinha had said that global crude oil prices had placed an “unprecedented bonanza” of “lakhs of crores of rupees” which “has been wasted and the legacy problems have not only been allowed to persist, they have become worse.”

Sinha then ran a status-check on the economy, noting a shrinking of private investment, the ‘collapse’ of industrial production, saying that “demonetisation has proved to be an unmitigated economic disaster.” Sinha also wrote about how a badly implemented GST played ‘havoc’ with businesses and that demonetisation only added fuel to a fire that had already started.