The TMC president condemned the 'arrogance' of the BJP saying, 'Democracy will lose if horse-trading continues,' adding, 'Our constitution is in danger, our federal structure is in danger. It's a constitutional break down.' 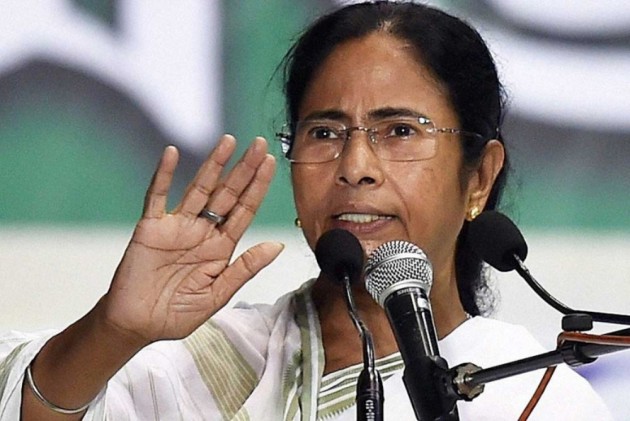 Hurling attacks at the BJP, West Bengal Chief Minister Mamata Banerjee, on Wednesday accused the saffron party of indulging in horse-trading in Karnataka and claimed that rebel Congress MLAs of the southern state were locked up in Mumbai.

The TMC president condemned the "arrogance" of the BJP saying, "Democracy will lose if horse-trading continues," adding, "Our constitution is in danger, our federal structure is in danger. It's a constitutional break down."

Speaking from the West Bengal Assembly premises, Banerjee said that she was in support of regional parties as they are fighting to save "democracy".

Commenting on the crises that has gripped the Karnataka government, Banerjee said, "We just got to know from the media that Congress MLAs are locked up. They are preventing media from entering the area."

Banerjee advised the BJP to concentrate on working for the country instead of "trying to topple" state governments run by parties opposed to it.

"I do not understand why they are so greedy. Why they are in such a hurry to capture all states. This is dirty politics. After Karnataka, they (the BJP) will turn to Madhya Pradesh, Rajasthan. Is it their job to break governments?" she posed.

In a fresh jolt to the wobbly Congress-JDS coalition government in Karnataka, two Congress legislators, Housing minister M T B Nagaraj and K Sudhakar, tendered their resignations Wednesday to the Speaker, taking the number of disgruntled MLAs who have quit to 16.

The development comes even as state water resources minister D K Shivakumar, who is the Congress' troubleshooter, was detained and sent packing back to Bengaluru from Mumbai, where he was prevented by police from meeting the rebel MLAs.

The coalition faces the threat of losing majority in the Assembly if the resignations are accepted as its current tally is 116 in the 224-member House.

Wondering whether the country was heading towards a Presidential form of governance, the chief minister said all parties and media should unite and fight the BJP.