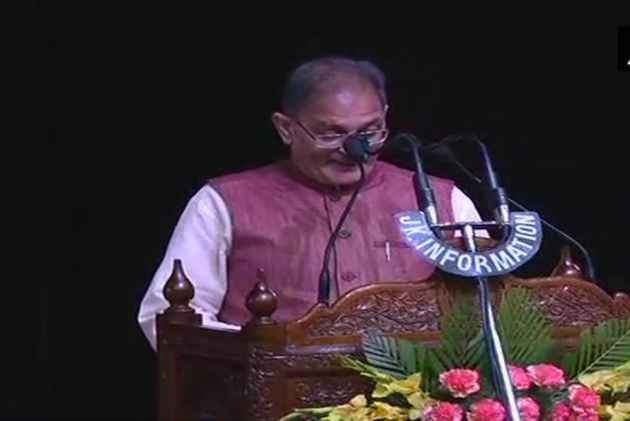 The newly sworn in deputy cheif minister of Jammu and Kashmir, Kavinder Gupta, today termed the Kathua rape and murder of an eight-year-old girl as a 'minor incident'.

"Rasana is a chhoti si baat (minor)... We have to think this should never happen again and the child gets justice. There are many challenges like this facing the government. We should not give Rasana so much bhaav(importance)," Gupta said within hours after taking oath as the deputy CM, reported NDTV.

The BJP on Monday inducted Kathua MLA Rajiv Jasrotia as a minister in the Jammu and Kashmir government in the cabinet reshuffle, triggering a fresh controversy.

Jastrotia, who took oath along with eight others, was part of the controversial Kathua rally in support of the accused in the rape and murder of an eight-year-old girl. Jastrotia was also questioned in connection with the case.

The cabinet reshuffle in the PDP-BJP government led by Chief Minister Mehbooba Mufti was in fact necessitated after two BJP ministers Lal Singh and Chander Prakash Ganga were forced to resign earlier this month after they were criticised for taking part in the Kathua rally.

Besides the Kathua MLA, BJP has also inducted MLAs from the adjoining Sambha, Devinder Kumar Manyal into the cabinet.

Jammu and Kashmir Assembly speaker Kavinder Gupta was sworn in as the new deputy chief minister in place of Nirmal Singh, who submitted his resignation on Sunday night.

The PDP members included in the cabinet were Mohd Khalil Band, MLA from Pulwama, and Mohd Ashraf Mir, MLA from Sonwar.

Their resignations have been accepted along with that of Law Minister Abdul Haq Khan by Governor N N Vohra, an official said, adding that Sunil Sharma, who was upgraded as cabinet minister, also resigned as MoS.

Madhav later maintained that the  reshuffle has nothing to do with the Kathua rape and murder case.