R.S. Vinod, Convenor of the BJP's Co-Operative Cell in the state, was expelled after an internal party report purportedly said he had allegedly taken a bribe of Rs 5.60 crore 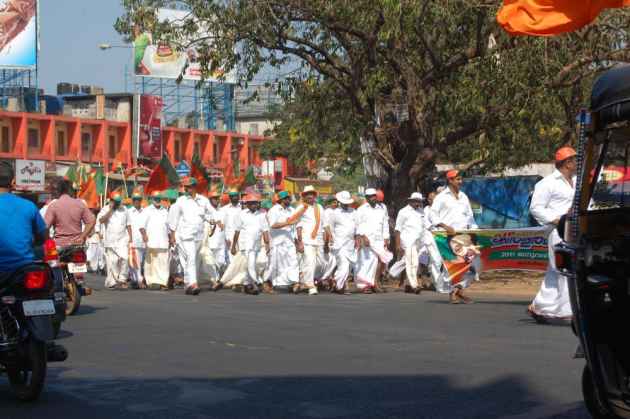 A meeting of the Kerala BJP core committee began here today in the backdrop of Rs 5.6 crore graft allegations against a party functionary over the issue of grant of MCI clearance to a private medical college.

The alleged scam has also put some state leaders under a cloud.

The scam came to fore when the report of an internal committee, which probed the allegations, was allegedly leaked to the media.

The Kerala Vigilance Director ordered a probe into a corruption allegation over the issue of grant of the MCI clearance for a private medical college on 20th July.

As the BJP's Kerala unit came under a cloud, it expelled R.S. Vinod, Convenor of the BJP's Co-Operative Cell in the state, after an internal party report purportedly said he had allegedly taken a bribe of Rs 5.60 crore to facilitate the approval from the Medical Council of India(MCI) for the college in Varkala.

Vinod was expelled from the primary membership, hours after the contents of the report, reportedly submitted to state party chief last month, surfaced in a section of media.

According to an official in the chief minister's office (CMO), a probe into the corruption allegation has been ordered by the state Vigilance Director.

"With the charges, Vinod had tainted the anti-corruption image of the party... The gross indiscipline cannot be pardoned and his action was anti-party," he said and wanted the central leadership to enquire into the bribery allegation.

The state leadership initially denied the allegations, saying they were "exaggerated and only rumours".

While the ruling CPI(M) in Kerala has said allegations were only a "tip of an iceberg" and that BJP had allegedly accepted money from 70 private medical colleges across the country for getting MCI clearance, Congress wanted a probe into "all dealings of state BJP leaders" after NDA rode to power at the centre.

A vigilance probe into the allegations has already begun.